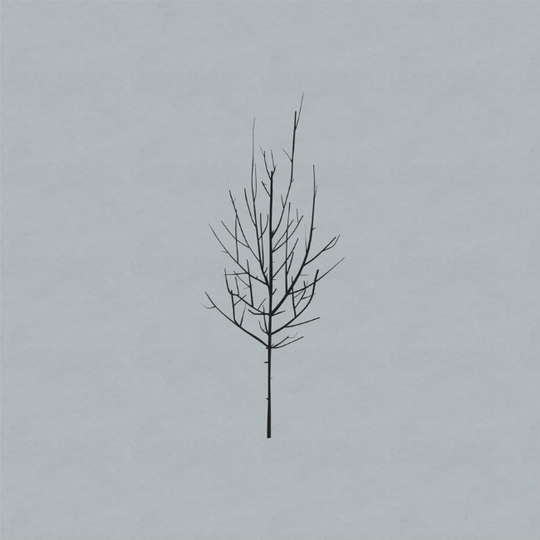 If ever a band may be described as having become a cult institution than it’s Low. The Minnesotan trio – Alan Sparhawk, Mimi Parker and Steve Garrington – have spent over two decades winning over a modest, but devoted, fanbase with their songs of faith and doubt. The band’s output has been remarkably consistent given the length of their career, but the almost unanimous verdict – two years on – remains that their last full-length, The Invisible Way, was something of a misstep. Ones and Sixes thus has more to play for than many a Low record has to date. It needs to prove that the decline is not terminal.

Any lingering doubts that Ones and Sixes might not fulfil such a role are swiftly assuaged by the astonishing opening pair of ‘Gentle’ and ‘No Comprende’. It’s immediately clear that this is a darker, more muscular record than anything Low have produced since Drums and Guns, the band’s Iraq War-inspired 2007 experiment. The former emerges from a steady patter into a more forceful mode of expression. At its most assertive moments it could almost be accused – by Low standards – of trying to bludgeon the album into life. The latter hints at brute force in its brittle guitar work and haunting vocal harmonies. Ones and Sixes may not be dominated by forays into noisier territories, per se, but after the wistful The Invisible Way its opening moments seem particularly clamorous.

A certain tension definitely remains throughout this record. Even on its catchiest moments, such as the addictive ‘What Part of Me’ and the hypnotic ‘Lies’, there remains an atmospheric and emotional duality. That this is always present in Low’s music may be true, but Ones and Sixes seems to be clearly sculpted around these contrasts. Every moment here somehow manages to be simultaneously both ominous and reassuring, with Parker and Sparhawk’s familiar vocals often serving to soften the blow of some of the rawer feelings on display here.

‘What Part of Me’, which musically feels of a lighter hue than most of the twelve tracks here, epitomises this contrast. Its chorus seems surprisingly summery until the reality of its central questions, “What part of me don’t you know? What part of me don’t you want?”, hit home. Similarly, on ‘The Innocents’, the line “All you innocents make a run for it" is attached to a gorgeous, almost hopeful, melody that works against the bleak potential of the lyrics.

A crucial aspect of Low’s dynamic mastery here is the new focus on electronic instrumentation, which provides less of an occasional intrusion than a steady, and consistent, undercurrent. It fleshes out the band’s frequently skeletal arrangements, particularly on the beautiful ‘Congregation’ and on ‘Into You’, which both prove Low’s penchant for extreme minimalism to be as jaw-droppingly effective as ever. Nowhere is Low’s ability to coax power out of limited musical ingredients more obvious, however, than in the record’s closing quarter-hour.

It is a quite astonishing final burst from the trio. ‘Landslide’ is ten minutes of stark reflection, which manages to be one of the most punishing things the band has ever committed to tape. “Scream ‘til you bleed” Sparhawk commands. The heavens open and then ‘DJ’ sweeps in. A majestic and austere closer, its sombre piano undertones make for one of the band’s most deftly stirring pieces to date. Much the same thing could be said of Ones and Sixes as a whole. It’s another subtly heart-rending effort from a band that remains one of the very finest in the world. If you needed a reminder of why Low are an institution then this is it…