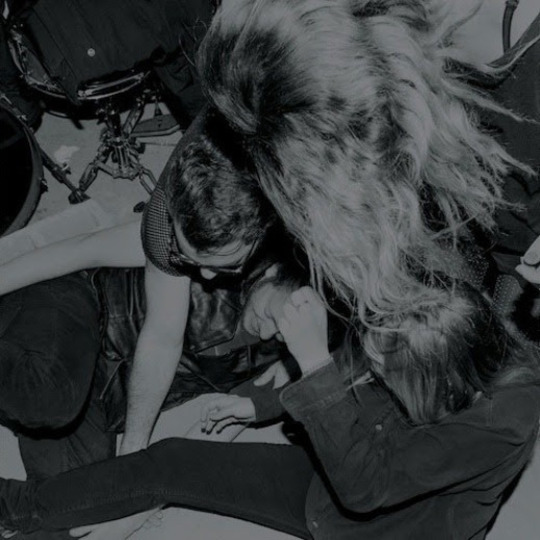 There's something intriguingly intimate about More Faithful, the newest album from Montreal outfit No Joy, which, if one thinks about it, is the antithesis of everything the band have worked for since their formation. There was a time when you could rely on them to bludgeon listeners over the head with a sound that blurred the line between melody and discord. Such is the way in which certain bands submit themselves to volume - no matter what happens, deliver it in a manner that's as loud and forceful as possible. On their second album, Wait to Pleasure, the quartet seemed to embody everything about this aesthetic, but a lot can change in two years. In a manner of speaking, they've gone in the opposite direction - there is a closeness audible in the album's 11 songs that borders on uncomfortable.

On opener 'Remember Nothing', drums sound muffled, vocal lines trip over each other - everyone is all up in everyone else's space, like they're playing in a broom closet, and it works. Their third record is one on which their horizons are undeniably broadened, but it's hardly as though they've suddenly gone soft - squalls of noise are simply deployed with more precision, rather than the vicinity being carpet-bombed by ferocious noise. With broader horizons comes tighter focus, and when they want to deliver hooky melodies, they go all out, as is the case on 'Hollywood Teeth', which sounds like a lo-fi take on The Joy Formidable; the dual-guitar assault from Jasamine White-Gluz and Laura Lloyd is as tuneful as we've ever heard from them, while 'Bolas' shows their more abrasive side, its verses never quite able to settle on a chosen key, held together by a moody bassline provided by ex-Dirty Beaches man Michael Farsky.

No Joy have tried to push themselves since last we heard from them, and this sometimes work wonders, though their lo-fi aesthetic won't be to everyone's taste. In a similar way, some of their old bite has been traded in for a more experimental approach, but it is this new direction, rather than the honing of their old skills, that gives us the album's highlights: a slow-burning, odd-metered gem called 'Moon in My Mouth', with the ability to take the listener out of everything for four blissful minutes; and a slice of pitch-perfect power pop in the form of 'Corpo Daemon', driven by Garland Hastings' energetic drumming and multi-layered harmonies. A little more clarity wouldn't have gone amiss here and there, but there's enough on offer to bring curious listeners back for repeated spins, which is just as well, as More Faithful is definitely a grower.