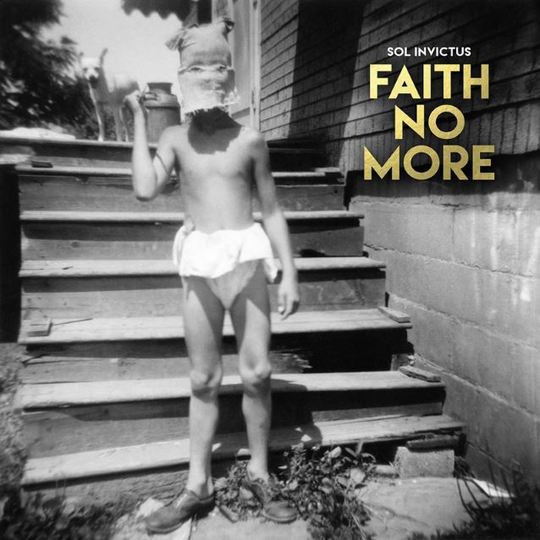 The last time Faith No More released a studio album, Opal Fruits were a popular confectionery, Princess Diana was enjoying the world of post-divorce dating and the most sophisticated piece of technology in your pocket was a Tamagotchi. All those things are dead now, rebranded to suit a globalised marketplace, assassinated conspiratorially by the Illuminati, or starved to death, by you, you neglectful git. But Faith No More, at least, are back from the grave.

Expectations are low for any reformation record. We’re accustomed to receiving a barrel-load of Indy Cindys, Zeitgeists and Chinese Democracies for every My Father Will Guide Me Up A Rope To The Sky (Swans) or Beyond (Dinosaur Jr). But when was the last time Faith No More let you down? Perhaps it was last year, with the relatively low-key release of ‘Motherfucker’, a pretty underwhelming plod of a single with an overcompensating title. It was an odd choice for a comeback given that it’s the weakest track on here, although it does seem to make more sense wedged in towards the end of the LP as a fruity intermission between the group’s more ambitious musical explorations. That single might have been intended a red herring, an in-joke even, tactically deployed to repel less patient and open-minded listeners, something this mischievous crew have always tried to do, whether by weeing into their own shoes, penning odes to the virtues of homosexual fellatio or covering The Bee Gees. Even more intriguing is the fact that ‘Motherfucker’, which was released as part of Record Store Day’s 2014 Black Friday event, is preceded by a track that is actually called ‘Black Friday’. “BUY IT”, roars Mike Patton in the chorus, “BUUY IIIIIIIIIITTTT!” They’re still a bunch of contrary and sarcastic bastards then, which is good to know.

As ever, Patton remains FNM’s big draw and the singer is in typically extraordinary form. His lyrics are a ragtag conveyer belt of leprechauns, superheroes, matadors, motherfuckers, solitary tap-dancers, salad-bar rioters and sunburn victims. On such subjects, he spits, screams, shrills, wails, whines, whispers, croons, coughs, rages and... does he rap? He talks a bit, that’s for sure. It’s hard to believe there was a time when Anthony Kiedis could accuse this gentleman of ripping off his own laboured vocal style. Oh, what vast creative leaps Faith No More made in the years that followed 1989’s The Real Thing, hurtling from punkish death metal one minute to Portuguese bossa nova the next while Kiedis (bless him) stuck doggedly to alternating between amplified funk-rock songs, acoustic funk-rock songs and the occasional funk-rock song that sat mildly between the two. Incidentally, you can accuse Faith No More of opening the doors to Limp Bizkit and Crazy Town all you like but be sure to also crucify Bill Evans for birthing Jamie Cullum and hold Daniel Defoe directly responsible for Jeffrey Archer’s Only Time Will Tell. You plonker.

Like their last record, Album of the Year, Sol Invictus is more concerned with playfully nudging at the boundaries of hard rock conventions rather than attempting a dizzy genre-spanning explosion to rival 1995’s King for a Day... Fool for a Lifetime. With its phat guitar lines, belligerently plonky keyboards, “GO GO GO” backing yelps, sing-along(ish) chorus and Patton’s voice threatening to spill into full-bore metal mucus hack, the rabble-rousing sneer that is ‘Superhero’ sits up there with the band’s greatest moments. Another highlight is ‘Rise of the Fall’, the verses of which rekindle the group’s penchant for lounge music, albeit the kind of lounge that’s adjacent to an opium den-cum-S&M dungeon with your charming host, Patton, gradually revealing himself to be a squealing Guillermo Del Toro demon with nails in its tongue. The music has a slightly cartoonish middle-eastern vibe that touches on Mr Bungle traits. Similarly, ‘Cone of Shame’, could have fitted nicely into the second Tomahawk LP with its spaghetti-western guitar sound and lyrics about peeling skin and pulling wings.

However, from the gothic piano chords and military drumming of the low-key opening track, through the brooding existentialist metal of ‘Separation Anxiety’, to the acoustic closing gang-ballad, there’s no mistaking that this is a Faith No More album, and a record that no other group of musicians could have made. Despite the length of their hiatus, they still have great chemistry and the quality of this return effort is remarkably high.

“This is only a test,” Patton whispers at one point, so hopefully we won’t be waiting another 18 years for Sol Invictus’ follow-up, by which time Starburst will have been renamed ‘iPhruits’, Princess Diana will be our cryonically-reanimated Sun-endorsed overlord and the least sophisticated piece of technology in your pocket will be a dimension-jumping hover-ray that can instantly transmogrify poor people into delicious chunks of Soylent Green. You pig.