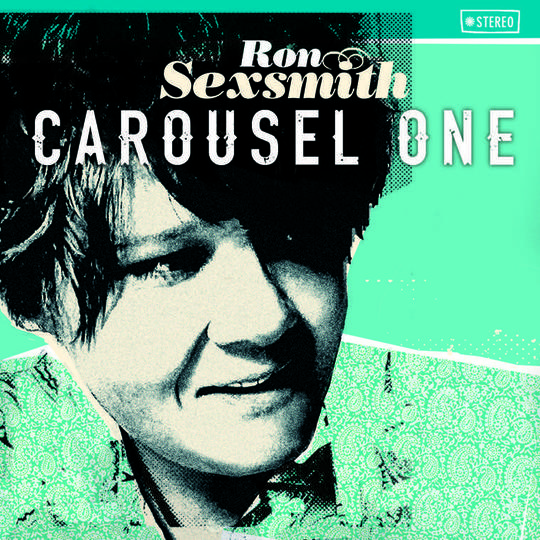 When looking at Ron Sexsmith's career as a whole, one gets the feeling he was born out of time. He was signed in 1995, and has released 13 studio albums since then. Each has been met with considerable critical acclaim but sold rather more modestly. In all likelihood, if dropped into the late Sixties/early Seventies singer-songwriter golden age, Sexsmith's unique gift for melody and classic song structure would have surely seen him become a household name.

A list of his admirers reads like a who's who of rock royalty. He can count Elvis Costello, Steve Earle and Elton John as fans, a songwriters songwriter if you will. On Carousel One, it's easy to see why he has accrued such an enviable list of admirers. The beautiful, expressive melodies that have become his calling card over the years run through the album as strongly as ever, whilst his thoughtful and occasionally playful lyrical approach serves the songs well.

It is with the classic lineage of great songwriters in mind that producer Jim Scott has assembled an all-star band to work on the album. Bob Glaub on the bass guitar (John Lennon, Jackson Browne), Don Heffington on the drums (Bob Dylan, Emmylou Harris) and guitarist Jon Graboff (John Lee Hooker, Dr John); all have an impressive history of studio work and are able to provide sympathetic and expertly executed flourishes to Ron's songs. The production itself falls somewhere in between 2011's Late Bloomer (its polished sound ensured it was his most commercially successful record in years, but irked some Sexsmith die hards) and 2013's more mellow Forever Endeavour.

Whether it's the use of Byrdsy guitar jangle on opener 'Sure As The Sky' or the Springsteen-esque piano/Hammond combination of 'Cant Get My act Together' the echoes of classic rock permeate Carousel One. There is of course a danger of cliché when referencing such iconic touchstones in the rock tradition, but Sexsmith's unique melodies are so well developed, most songs here avoid that pitfall. There are several moments (as is the case with any Sexsmith album) where he will conjure up a refrain that seems so timeless it gives the feeling of being not so much written but unearthed, like he has special access to the same magical well of pop hooks as a Bacharach or McCartney.

Perhaps unfairly Sexsmith has been slightly typecast as solely a purveyor of ballads, and yes, usually the stand out work on his previous albums has a tendency to be more down beat, but he shows on Carousel One that he can do the up-tempo stuff too. 'Getaway Car' and 'No One' are both pleasantly upbeat numbers whilst the latter still manages to juxtapose a cheery melody with a little trademark Sexsmith introspection - “I've got no one by my side to tell my troubles to, in a world that seems to value only fame, no one knows my name”.

Not everything works perfectly here but when he gets it right, he really nails it. The country-tinged 'Loving You' or the contemplative closer 'Many Times', would be seen as strong material in any lauded songwriter's portfolio, and Sexsmith has delivered material of this quality consistently for many years now. It's worth remembering that however effortless it seems, these songs don't just fall out of the sky, nor is there a massive team of record executives focus-grouping the life out of the art. They are meticulously worked on by one man dedicated to his craft. Whether any of this will ever translate to true commercial stardom is uncertain, but that's hardly the point. Whether million-selling or cult concern, hopefully he'll be back in a couple of years with more of the same.