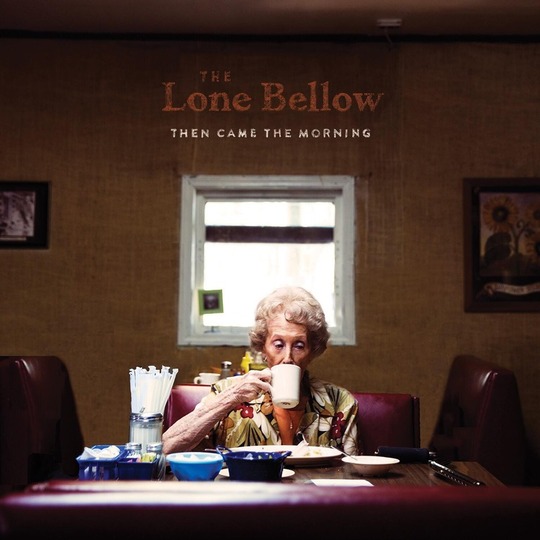 To my (admittedly increasingly-aged) memory, The Lone Bellow were 'discovered' by Charlie Peacock, the man at least partly responsible for the all-too-brief reign of The Civil Wars at the top of the alt-country tree, and positioned for a career of similar dominance (although, presumably, it was hoped that they would talk to each other for longer).

The debut album from the band, self-titled, assured and quite bombastic, failed, for me at least, to deliver on their original promise. If it is possible, The Lone Bellow was just too country. It did, though, make waves in America., hitting 64 on the Billboard 200. Now, armed with years of touring experience, and with the steady hand of The National’s Aaron Dessner at the production controls – not to mention a collection of bullet-proof songs – The Lone Bellow are ready once again to make their play not just for your ears, but for your heart and soul as well.

Opening with the title track, a new, more soulful element to the band’s sound is immediately evident on Then Came the Morning. Zach Williams’ vocals have a new control and power to shift dynamically which, allied to harmonies from Kanene Donehey Pipkin and Brian Elmquist, presents a sweet whole. ‘Fake Roses’ continues the theme with some enigmatic slide guitar, keening vocals reminiscent of Bear Rinehart of Needtobreathe and some crucial yet sparing violin. A perfect song for country radio, it is no surprise that this was the second single released from the album. ‘Marietta’ follows with a lilting 6/8 feel and some resonant piano and yet more controlled vocal power from Williams. As he sings “Marietta, the loneliness beats at your door”, you find yourself not only pitying the poor lady, but making sure you have a loved one nearby and won’t be finding yourself in a similar predicament anytime soon.

The intensity is picked up slightly with the understated electrics of the Dawes-esque ‘Take My Love’, which is the fourth of the first four tracks to feature great harmonies and a fantastic chorus (this is a theme which only develops as the album progresses). The passion shared between the three vocalists is something to behold. This is music that matters. Dessner has captured performances that have a depth, a soul, a reality to them. Even if you hate country, this is downright good music. Don’t deny yourself the opportunity to be taken in by its beautiful spell.

After ‘Call to War’ and ‘Watch Over Us’ show the softer side of the band, ‘Heaven Don’t Call Me Home’ takes things in a decidedly rockabilly direction. Precision-tooled to unite the bar-room blues with the Gospel Hall, its anthemic call and response will draw you in, or I’m a cowboy. ‘If You Don’t Love Me’ begins with an understated shuffle, before the customary harmonies and another fantastic drum performance (on an album stacked full of them) take things to another level.

As the strains of closer ‘I Let You Go’ ring out and Williams keens “I let you go and I hope you come back to me", it's with the understated assurance that there will be a great many listeners who won’t want to be away from The Lone Bellow for long from now on.