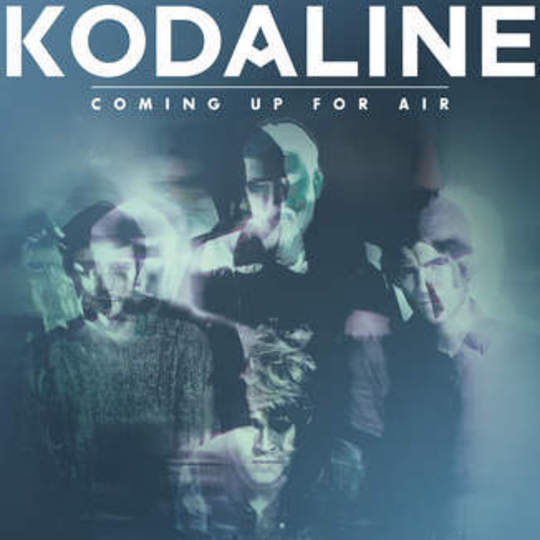 As the saying goes, you've got your whole life to make your first album and 18 months to make your second. Or in Kodaline's case: you can't wait to finish touring that first album so you can crank out your second. It would be fair to say that the Dublin-based quartet were looking ahead as soon as their debut LP, In a Perfect World, hit shelves in mid-2013; that record was the result of years of work, and was successful enough that they were able to enlist super-producer Jacknife Lee to help oversee its follow-up. Some quarters, of course, had a virulent reaction to their radio-ready pop-rock sound - when you write music as earnest and melodic as this you leave yourself open to criticism (same as it ever was, really) but it's also fair to say that the band hadn't fully sussed themselves out back then. In a Perfect World was the work of a act with quite a bit done, but still more to do. Now comes the all-important second album, and it's a heftier proposition than its predecessor - no surprise there, as Lee is an expert when it comes to making bands sound huge (Snow Patrol; Bloc Party; Editors; more recently, Twin Atlantic and Silversun Pickups) - but Kodaline have stepped it up too.

One listen to lead single 'Honest' is proof of that, and it provides a succinct introduction to Kodaline 2.0 with its deceptively simple hook and driving percussion, opening the album on a high note. There's confidence to be found all over Coming Up for Air, with the shifting dynamics of 'The One' and the unexpectedly upbeat 'Coming Alive' showing that this is no great reinvention of their sound, but rather a refinement, as they're now more aware of what works and what doesn't. An early highlight is 'Autopilot', on which the band go for the gusto with a gospel-tinged track; this is something that they would never have gotten away with two years ago, so the wags wanting to make a pun on the track title can sit down. It comes as no surprise that they have returned with a fresh supply of guts; they've been wanting to make a change for a while, and the roaring guitars of 'Human Again' will take many a listener by surprise. The riff-driven track is another indicator of Kodaline's desire to push themselves, and no doubt, it'll sound every bit as forceful when the band head out on tour later in the year. If anything, their second album is an attempt to incorporate what they've learned on stage into their recorded output - it's bolder, brighter and considerably more spirited.

Things take a more electronic turn on 'Lost', the album switching gears for something redolent of U2's output during the Nineties, frontman Steve Garrigan doing his best Bono impersonation on a track that seems destined to be a single, showing off a new side to the band while keeping their knack for melody in the spotlight. They sound like they have energy to burn on this record, a marked shift from what came before, but thankfully don't go too far in the other direction and burn out, so when they slow things down for 'Better' and the piano-led, undeniably beautiful 'Everything Works Out in the End', it adds to the record's surprisingly natural flow; the debut suffered a little from pacing issues, but Coming Up for Air makes sure it doesn't repeat the same mistakes by saving its two best tracks for last. 'Play the Game' comes out of nowhere with its nagging riff and colossal chorus, laden with gang vocals and stomping drums, while closer 'Love Will Set You Free' is vintage Kodaline - a soaring ballad that would have seemed out of place anywhere else in the track listing, such is the way it brings together what the band once were and what they are now, closing the second chapter of their career in a masterful fashion. Some of their critics will remain unmoved, but the fact remains: Kodaline have acquired confidence in their abilities and are on top form throughout their second LP.