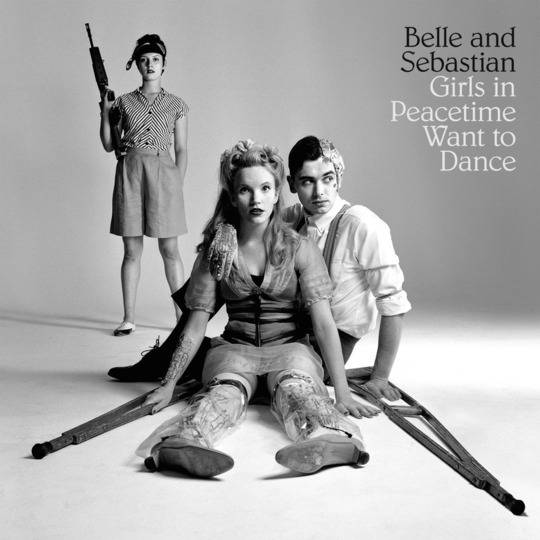 Humanity’s natural fixation on the new has become amplified in the music world down the years, to the point that it seems like somewhere around the six or seven album mark artists usually drift into a different space when it comes to critical appraisal. You tend to see a lot of bands with ten years or more under their belts judged by veteran-specific criteria where it’s pretty much just assumed that their newest output won’t meet high early career watermarks, and a good reaction to a new LP might be something along the lines of ‘their best work in ten years’.

There are exceptions to this, of course, and it feels safe to say that Belle and Sebastian can be considered as such. That’s not to say that they’ve never made a misstep, but they always seem to have occupied their own little niche as an insular little gang with no particular desire to play ‘the game’. As such, they’ve arrived at the release of their ninth LP pretty much the same as they ever were, perpetually fresh-faced indie pop stars.

The playful element of Belle and Sebastian has always been a strong part of their identity and a big part of their appeal, and perhaps it’s this which was behind the selection of ‘The Party Line’ as the first cut to be released from Girls in Peacetime Want to Dance. The monstrously catchy number hinted at the possibility of an album rich in disco stompers, which isn’t quite the case, although it isn’t the only trip the band take to the dance-floor, with synth odysseys ‘Enter Sylvia Plath’ and ‘Play for Today’ also prominent. The former showcases the lesser spotted sexy side of Belle and Sebastian; the latter represents more of an end of night swirl round the club.

So, if ‘The Party Line’ wasn’t entirely misleading, you could still call it a curveball simply on the basis that it represents only one facet of what is a rich and varied collection of songs. Elsewhere there’s plenty of the grown-up pop which characterised the best bits of Write About Love, most notably on the two songs which bookend the album. ‘Nobody’s Empire’ is an elegant, sun-dappled opening which is heavily soaked in melody, while final song ‘Today (This Army’s For Peace)’ is a beautifully downbeat way to end the record.

While Girls in Peacetime… is diverse, it always feels like a Belle and Sebastian album, with all the warmth and comfort which is associated with that. Some of the songs within should feel instantly familiar to long-term lovers of the band, like the bouncy saunter of ‘Allie’ and ‘The Book of You’. Similarly, it’s difficult to think of another band who could deliver the faintly silly fairground waltz which emerges in ‘The Everlasting Muse’ with this level of sincerity and conviction.

The adroit balance of a strongly defined identity and a spirit of experimentalism is one of Belle and Sebastian’s strongest features, and Girls in Peacetime Want to Dance represents a fantastic example of this. It’s an excellent album by a band who seem to be permanently brimming with life and ideas, a glimmer of warmth to lighten the dark depths of winter.