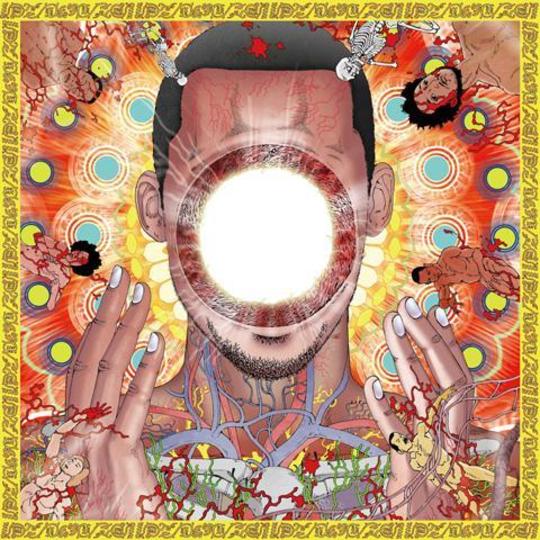 What happens when you die?, is the question on Steven Ellison's lips. With You're Dead his latest album, he sets out to find the answer. The record, his fifth under the Flying Lotus moniker, explores the notion of death, taking us on a Technicolor trip towards the afterlife. It's the most beautiful argument for reincarnation you'll hear this year, and any year, for that matter.

The journey, and it is a journey, begins at the bitter end. 'Tesla' and 'Cold Dead' take us to the pits of hell. Both tracks are riddled with Thundercat-esque bass tones. It's pretty uncomfortable listening. I'm talking fingers in your ears, bold as hell virtuoso soloing. It's the sort of music you'd describe as 'impressive', and that's not necessarily a compliment.

This painful, erratic nightmare swirls around what feels like an eternity until finally, a few friendly voices pop up, assuring you everything is going to be okay. Kendrick Lamar and Snoop Dogg help to bring you towards the light with some hip hop even the coolest of jazz cats could dig.

'Never Catch Me' is a sort of super rap halfway house. The track manages to be aggressive and laid back at the same time. Obtuse yet accessible. It gives you some much needed relief after the bass bombardment that precedes it. 'Dead Man's Tetris' meanwhile is an altogether stranger piece. It slows everything down, breaking on through to the other side with some signature West Coast cool. No-one's drawl is quite as laid back as the D.O. Double G's.

These songs signal the end of the end, if you will. 'Coronus, the Terminator' flings us back into familiar territory. Gone is the organic space-jazz and back is the glitch-hop madness of old. As with all classic Flying Lotus tunes this song is all about the weirdness. An accessible weirdness, one with heart, and, perhaps most importantly, life.

The album flourishes during these moments of warmth. It's what the man does best. Too often electronic music has no soul, but this has never been an issue for Flying Lotus - everything he touches turns comes to life.

The final third of the record takes us past reincarnation and towards euphoria. 'Decent into Madness' threatens to take us back into that jazz hell hole. One twisted vocal note at a time. However, it doesn't succeed. Instead the final few moments see the record floating further and further into the air. Ascending and ascending with some slower than slow jamz.

And then, abruptly, it stops. The journey is over. A new unknown has been reached. It seems that, in Flying Lotus' world, there really isn't such thing as an ending. With _You're Dead!) Flying Lotus has added a new realm to his universe, answering one of life's biggest questions in the process.