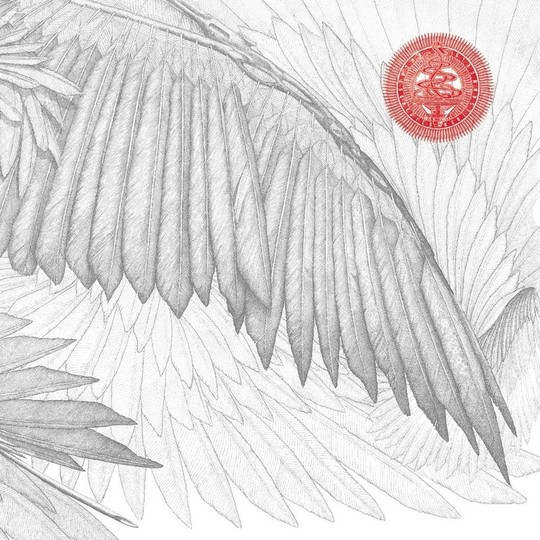 “How did we get here and where do we go now?” asked Spaceape at the end of “Fuckaz” on The Bug's third album London Zoo. It’s the question vocalist Stephen Gordon leaves us with after two verses of social and political invective delivered in a series of fuck yous. “Fi all dem fucking people that ignore blatant facts just so they can maintain an order beneficial only to themselves”, fulminates Gordon on one of the many lines that capture the foreboding moment in which the album was released back in 2008. London Zoo sounded like what might be played out on a infernal sound system at the end of days. It was a premonition of the havoc about to descend on the metropolis, coming but a few months before the UK entered recession and, in a portent of things to come, Boris Johnson’s first term as mayor of London.

Six years on, the coda to ‘Fuckaz’ remains as relevant and difficult to answer now as it was then. The apocalyptic visions of London Zoo presented a problem for The Bug’s Kevin Martin: where, after all, can you go next when the future has seemingly ceased to exist? It would perhaps be easy to escape into fantasy, a possibility that Martin rejects. In a recent an interview with The Skinny, he explained that: “With music, most people buy into either a fantasy, or into a harsh reality. London Zoo was a harsh reality for me, at that time. I think I’d lived in London for about 23 years, and always in the poorest areas, so London was always a struggle.”

Martin once again chooses the harsh reality on his fourth album, Angels & Devils. Though the title evokes images of salvation and damnation, the album’s two halves are far more ambivalent than that simplistic binary suggests. In fact, the latter seems an almost ironic subtitle for the album’s first half, its featured vocalists more like lost souls than cherubim. On the opening track ‘Void’, Liz Harris from Grouper's whispered vocals are impossible to decipher through the maelstrom of tape hiss and feedback. On ‘Fall’, Igna Copeland’s stark half-spoken, half-sung utterances penetrate through the thick wall of bass. Her neutral, unaffected tone bringing out the implicit violence in lines like “the rise and fall of your gun, will tell me the story of your city”. Martin’s productions on instrumental tracks “Ascension” and “Pandi”, are at once mournful and malignant creating a sonic space that seems purgatorial.

The rage of London Zoo hasn’t subsided on Angels & Devils, merely calcified. On the album’s demonic second half, The Bug’s past collaborators, Flowdan, Manga and Warrior Queen, return as militant as ever, with the addition of Death Grips’s Stefan Burnett. As with Spaceape’s ‘Fuckaz’, the personal battles waged here have much wider political significance. On ‘Function’, for example, war is internalised even in the experience of the everyday. “Just trying function” becomes unavoidably antagonistic for Manga, who fires out punchlines in quick succession over the track’s martial bassline and barrages of snares. On ‘Fuck You’, sexual empowerment becomes another form of dominance that is both private and public, as Warrior Queen taunts inadequate lovers who don’t live up to expectations.

Flowdan, who appears on three of the album’s tracks, remains a master at instilling dread through associative wordplay, breaking up each rhyme with menacing pauses. His deadpan and measured tone is particularly chilling when intoning the graphic images of ‘Fat Mac’: “skin graft… skin burn… I laugh… they learn”. There’s also a certain resemblance in Flowdan’s unsettling detachment to Inga Copeland’s earlier, equally dispassionate performance on ‘Fall’: one the of many parallels which draws together The Bug’s diverse set of collaborators. Despite the dualistic structure of Angels & Devils, the album’s two halves are never in opposition to one another; its vocalists all equally damned, equally resilient to their fate.

Angels & Devils explores the extremes: whether the lure of stupefaction on the album’s first half or internalised wrath on the second. Martin has always gravitated towards liminal spaces, sounds and likeminded outliers in his many projects and in that sense the album is the culmination of the instinct that has guided his work thus far. “For me, that middle mass, that middle ground is like a boredom threshold that I’m not comfortable with. For me, that’s like living death. As far as I’m concerned, I yearn for feelings of extremity, either side of the border”, he told the Wire in 2010. The extremes of Angels & Devils each have their own attractions but neither seems to lead to fulfilment. The only certainty the album offers is that there is no comfort to be had in moderation.