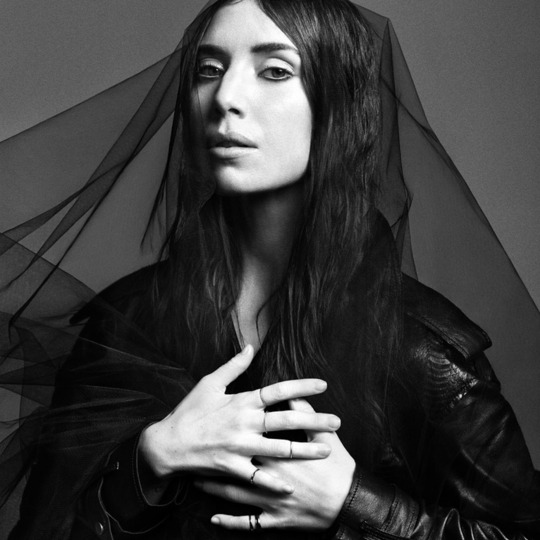 If Lykke Li is to be believed, then I Never Learn is 'the final instalment in a conceptual trilogy'. The notion of viewing her previous LPs as the start of a triptych might initially feel contrived, but there's a method to it: her shifting career making even greater sense when seen as emotional cartography, mapping the highs and lows of a women living through her twenties. Youth Novels, from 2008, explored the darker side of nascent desire through a deceptively bright lens, while 2011's Wounded Rhymes vastly expanded upon similar themes; decanting all the pent up darkness into lovelorn Sturm und Drang. The result was a minor masterpiece, fiery and visceral. Sadness was her boyfriend and she was a powerful and unique voice in modern pop.

By contrast I Never Learn is steeped in defeatism and self pity. A sharp change in pace that slows down every track to a crawl; from the titular opener, with its mixture of portentous percussion, lush acoustics and orchestral pomp, to the stellar couplet of 'No Rest For The Wicked' and 'Gunshot'. The former is a truly captivating single; pop-led piano hooks and thunderous atmospherics, which give way to lyrics about relationships gone terribly awry as she sings, "I let my good one down/I let my true love die". The latter plays like an Eighties power ballad with jet black intentions, opening with the line that might make Nick Cave grin "I am longing for your poison/Like a cancer for its prey"; clearly sadness is no longer her boyfriend, sadness has moved in and they're picking out soft furnishings together.

But despite a few wonderful moments of bleak pop excess there is a problem at the heart of the album.

Li has made some recent comments about how she hoped I Never Learn might allow her to 'be seen as a singer-songwriter rather than a pop artist' and it appears the way that she and producers Greg Kurstin and Björn Yttling hope to achieve this is by taking a bunch of straightforward pop tunes and drowning them in overproduction. Entire vocal sections and passages of lyrics reduced to being barely audible over the crash of cymbals and the swell of choirs. And worse still these intentionally muddied histrionics - the weakly mumbled lamentations and overwrought atmospherics - seem to be trying to make up for a lack of genuine emotional depth in many of the songs.

It leaves much of the album to buffer between two posts. There's the cloying, crowd swaying anthemics of 'Never Gonna Love Again' or 'Heart Of Steel': a pair of songs that come with lighters as standard and lyrics that would make even the most hardened pop aficionado wince. And there's the shuddering ennui of 'Silver Line' which starts well - undulating countrified guitars ushering in a gentle ode to loss, haunted by the spirit of Americana - but ends like a dispassionate rendition of 'Time After Time'. "Don't wake the dreamer" Li sings in emphatic tones as the song climaxes, but by that point leaving them to sleep won't be a problem.

If her desire to be seen as a singer songwriter is genuine, then the closest she comes to achieving it is on 'Love Me Like I'm Not Made Of Stone'. This impassioned paean to despair jars on a first listen, because its stark tone contrasts so sharply with the rest of the record. No reverb, each lyric is audible and a ragged acoustic guitar the only accompaniment to her brittle vocal as she sifts through the the stomach-knotting tumult of heartbreak; words cracking with pain as the song reaches its crescendo on the line; "Even though it hurts baby....Love me when I fall". It's a breathless and wonderful moment and you can only imagine how the album might have sounded if its spirit had been allowed to resonate further.

I Never Learn is by no means a failure - the highs are grand when they come - but it has a tendency towards bombast and shallow self indulgence that sees it edge dangerously close to the fringes of mediocrity. And by the time final track 'Sleeping Alone' fades away, its gentle refrain of "We'll meet again" ringing in our ears, the only hope is that next time it's on more invigorated form.