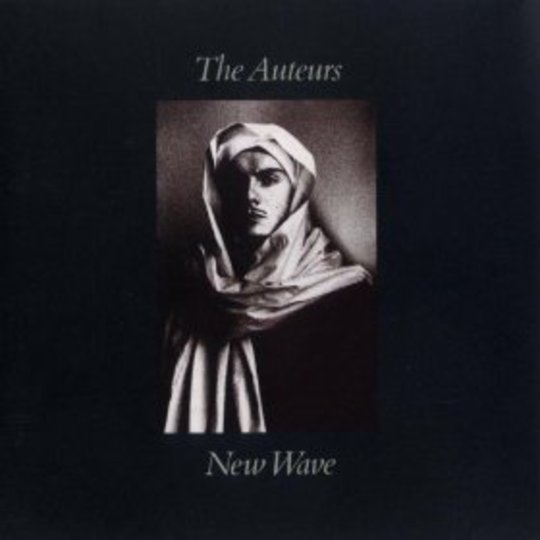 The Auteurs released their debut album New Wave in 1993. Collected here in a brilliantly thorough re-issue package which presents us not only with the immaculate record itself but also a thorough collection of demos, b-sides and live takes, it’s an album that was nominated for a Mercury Music Prize (losing out to the only band in the UK The Auteurs seemed to actually respect – Suede), was lauded in the weeklies when they mattered (and there was more than one of the filthy rags) and led the way for three further Auteurs records in the following half a dozen years, peaking with the masterful, Albini-produced After Murder Park in ’96.

After the puzzling sight of Luke Haines’ awkward, baroque, blood-dark band supporting Suede during ’92, our interest further piqued by the buzz-saw beauty of the ‘Showgirl’ single later that same year, New Wave was our first chance proper to gain full access to the parameters of Haines’ songwriting mind. It’s true of many truly great bands and artists that they create their own language, their own universe that runs parallel to the one in which we exist – at the time of this record Suede were doing just that, albeit in an overt and self-regarding kind of way that would ultimately end in dire cliché – and Haines falls comfortably into this category. While ‘New Wave’ itself may simply be a 12-track guitar-pop album, its concerns are so consistent, its outlook so intensely personal, its writer would find himself exploring the boundaries of the worlds he conjured here right up to the present day.

It’s a record of dirt, of grime, of laughing when you should vomit, of biting when a smile is expected, a record set as firmly in a specific group of places, captured in as certain a kind of light, as any (dare we?) concept album. From the assassinated dancing girls and unpleasant parties of the ornate, cello-drenched ‘Bailed Out’ to the vaudeville and rehab cocktail of the richly textured yet poisonous ‘Starstruck’ via the home invasions and petty thievery of both ‘Housebreaking’ and ‘Home Again’, Haines’s is a world not of faded glamour but of a more general malaise – the disappointing, greying, ugly nature of, well, almost everything.

If that sounds like a downer you’d be mistaken, because this is all handled here with arch humour of the first order: "Lenny Bruce never walked in a dead man’s shoes, even for one night” warns Haines on the melancholic, piano-splashed ‘Junk Shop Clothes’; "They were like a pair of dumb dogs rolling in the dirt” contrasts with "I wanna kill your sister…with some business advice” on the slamming glam rock of ‘Idiot Brother’; and on closer ‘Subculture’ we have the damning "Jesus what a jerk / How did I get into this?” to send us on our way, heads bowed, sniggering.

All this talk of Seventies sexuality, of Nineties isolation, of timeless, endless lurid disillusionment is delivered in Haines’ quivering, downbeat grin of a voice, shredded through the very same American guitar(s) sound they reference on the song of the same name, brought to heel with simple, low-slung bass notes from Alice Readman, made ornate and somehow beautiful with bows of James Banbury’s cello, driven forward by Glen Collins’ crisp, snapping drums – the only instrument in the mix that seems unsullied by the anguish of the lyrics.

The album is almost uniformly compelling – The Go-Betweens managed by Shelley Winters, Sunset Boulevard re-written by John Osborne, T-Rex if instead of hitting the charts they’d hit the gutter. While Haines’ guitar would snake and serrate to slightly greater effect on the aforementioned After Murder Park this first impression is one you’ll probably never shake.

The extras here are thorough, at the least interesting, at best essential. In the former camp sit the Rough Trade Singles Club versions of ‘Housebreaker’ and ‘Valet Parking’ which are gentler creatures than their album incarnations, clearer and less guitar dominated while in the latter are the frankly fucking outstanding home demos that secured The Auteurs their first Suede tour. Six songs recorded by Haines in his living room are the absolute pinnacle of dustbin DIY – Haines plays cardboard box drums, his voice hissing through the 4-track, buried under a corrupting avalanche of ragged guitar and thudding, stamping basslines that threaten to drown the entire endeavour; ‘American Guitars’ sounds like it has been recorded for a Burzum album, ‘Glad to be Gone’ is already replete with its Tom Verlaine lines – even if they do sound like they are being played through a late Eighties boombox. Elsewhere there are perfectly interesting live and alternate takes as well as the tracks that appeared on the 7-inch that came free with the original vinyl release. It’s a grand package all told.

While the Nineties went on to become, in terms of British music at least, an uninspired shitfest of lager and parkas and faux-mods and faux-bands and things being sort of massive but sort of rubbish at the same time from which it has never quite shaken the dreadful hangover, Haines and The Auteurs (as well as Haines alone or with Black Box Recorder and Baader Meinhoff) waded at waist-height through the slop, occasionally stumbling, but mostly sneering and throwing sideways glances at their wildly inadequate peers, being generally brilliant and perceptive, controversial and darkly humorous and, of course, selling very few records indeed. This is where the overgrown, hidden path began. If you have followed over the years then you’ll need this if only for those magical, horrible demos. If you are a newcomer to Haines’ world? It’s time you took the first step into the darkness.