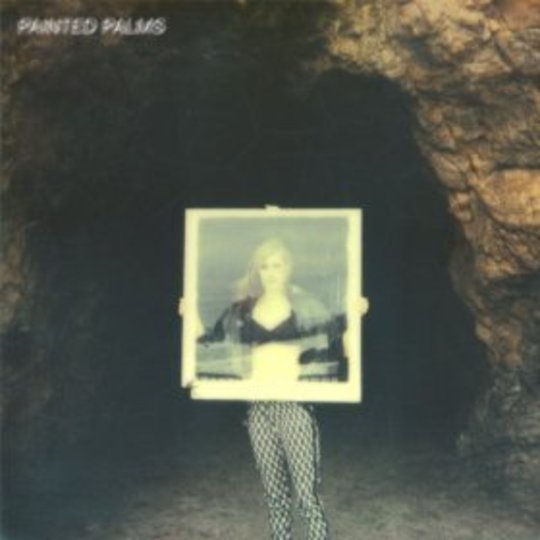 Forgive the jaded and somewhat fruitless social observation, but Forever, the debut album from Painted Palms, is the sort of record you'll hear in a student house before a night out or in your cool friend's car but never, ever bother to follow up on or think about again. It's exceedingly pleasant on the ears, meticulously produced to extract every glitter-soaked high from the duo's energetic brand of psych-pop but there's a fear that it won't be enough to push these 12 tracks to deserved commercial ground. Painted Palms are far from bad at what they do - they might just be too good at it, ploughing a distinct furrow from which they might never escape.

Formed by cousins Reese Donahue and Chris Prodhomme after exchanging ideas 2,000 miles apart online, it didn't take long for the duo to land an EP release on Secretely Canadian and a personal invite to tour from Of Montreal frontman Kevin Barnes. A promising start no doubt for an act that could have easily been lost in the identikit abyss of Bandcamp bedroom artists. However, this might just be the most colourful thing to come from the first slew of 2014 releases, closing the crooked bleakness of 2013 with an act whose mantra might as well be to 'write music that'll make you smile'.

Opening with the scatterbrain optimism of 'Too High', bitcrushed drums, chimes, synth and guitar form a distorted indie-pop sugar rush, only to be notched a gear higher on 'Here It Comes' with that crazed keyboard earworm. Te imprint of Animal Collective's breakthrough work has no doubt leached its way into the band's DNA with the same notion of neo-psychadelia forming much of the melodic flow. Prodhomme's vocal style appears equally indebted to the Baltimore indie titans, opting for an almost transparent place in the mix, pushed aside for an obnoxious entanglement of pop hooks and experimentation.

Painted Palms have a natural ability to extract profound noise from otherwise unremarkable places, lyrically however; it's more subjective. Forgettable accounts of youthful deprecation litter the album - it's twee and sometimes sweet but sadly never too far from becoming insipid dross. “I know sometimes you fall deep in your head/ wondering about what you could be/ thinking about myself too much I can see that I don't know what to be” is delivered with enough conviction to avoid the listener wincing but depending on your tolerance for one dimensional songwriting there's little reason to let the lyrics hinder what is an otherwise a hugely enjoyable DIY pop album.

In 2013, the music industry continued to work out where it was going and how it was going to get there. The alienating nature of the digital age seems to have sunk into our daily lives, so much so that the anxiety built on by millennial-era albums OK Computer and The Sophtware Slump doesn't seem all that dramatic. So where does a band like Painted Palms fit in this void of importance? The truth is they don't, the band deserves better. You might get a big support slot, some minor play on 6Music and if you're lucky a feature on Pitchfork but our throwaway culture isn't kind to those with nothing to say. For Painted Palms sake, let's hope their follow up does more than provide future discount bin indie pop... they're better than that.