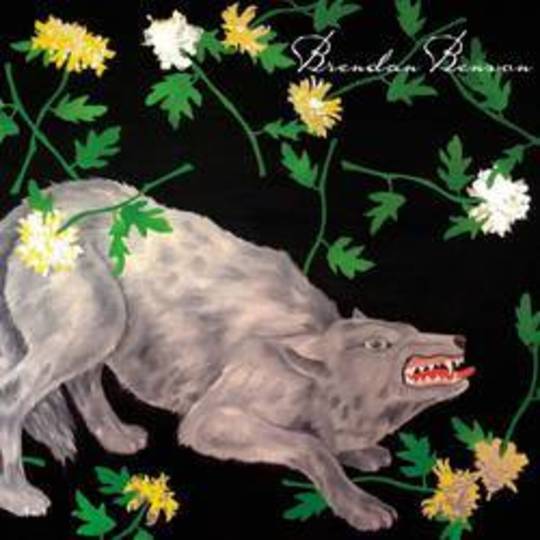 The whispers emanating from the glamorous world of rock & roll, on the outermost periphery of which DiS and your critic stand, are that a new album from the Raconteurs is on its way to us. Said whispers go into further detail, though, and suggest this won’t be about until the spring comes along and gives this miserable slate winter a quick and merciful death, so joining a new Raconteurs album on the periphery of things you, DiS and your critic actually wanted is You Were Right, a new album from Just Brendan Benson, here to warm this miserable slate winter like the heat given off by a fag butt discarded by someone miles off in middle of the world of rock & roll.

Actually that’s a bit harsh. You Were Right hardly disappoints, but rather sounds engineered to ensure that it never could. Fans of the minor chord-heavy, countrified brand of pop-rock music that he’s been peddling to warm-ish reception for a good decade now will find themselves satisfied, if little more, with an album that has muted charm but finds as much edge as the most optimistic of Stuart Broad appeals.

Decent-enough pop hooks are scattered throughout the album, such as on the opening of ‘Long Term Goal’ [sic.] or the melodramatic, Eagles-indebted ‘I Don’t Wanna See You Anymore’, but too often the songs tend to flatten out and dissipate in the memory long before the following track reaches the end of its running length. Benson is a more-than-capable songwriter, and is near-impossible to actually dislike. This though is a collection of singles and it shows, with the concept of an album itself seems to be an afterthought. The result is that no song stands out and the album falls short of the standards set by the previous five records.

Given Benson’s by-no-means-diminutive back catalogue, it’s surprising how prominently stuffed with mention of The Raconteurs his PR guff is. Début album Broken Boy Soldiers, with its big Oh- yeah-I-remember-that hit ‘Steady As She Goes’, was likeable, yet forgettable, retromania; Haim for Led Zep fans. The follow-up Consolers of the Lonely was a hopeless mess, though, and the fact that the Jack White-led supergroup is presented as the highlight of Benson’s career suggests that he isn’t that convinced himself by this offering.

You Were Right is never more than solid and, whilst it’s immaculately polished, tired and forgettable lyrics combined with a general sense of 'good enough' about the tunes suggest that Benson is looking forward to The Raconteurs’ return sooner than the rest of us.