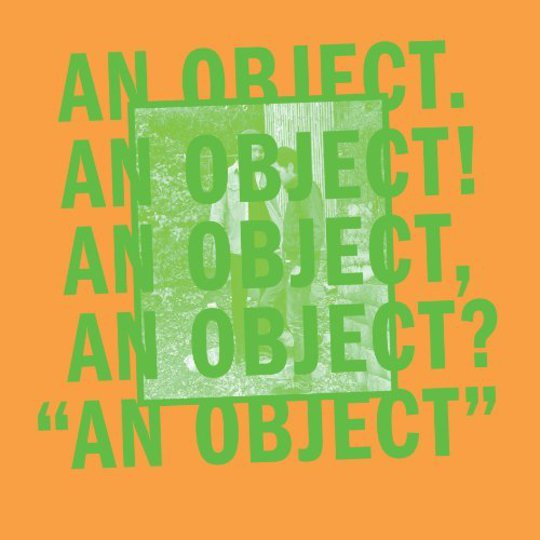 They earn themselves a lot of qualifying prefixes – ‘ambient’, ‘experimental’, ‘dream’ – but, above anything else, No Age are undoubtedly a punk band. Punk in the abstract sense of embodying the DIY values of the scene, but also punk in the sense of punk rock – the bread and butter, music genre definition of the word. Despite briefly flirting with expanded line-ups, No Age remains a duo of drums and guitar where volume and speed usually take precedence over melody and composition. And with the invigorating intensity of their live show, it’s hard to want them any other way.

Nonetheless, for all the merits of full throttle LA punk rock, the added textural ambitions of Nouns earned the band a wider critical appraisal, with, yes, the ambient, experimental and dreamscape margins of their sound elevating the band in the eyes of those who weren’t really into their DIY punk.

Half a decade later, An Object – with its press material primarily focussed on the band’s consideration of the record as a physical artifact, rather than the music pressed onto it – plays like a band who have taken the appraisal of their conceptual ambitions a little too much to heart. Undoubtedly, the experimental and found-sound margins of their music embellished their earlier work dramatically, but even the biggest cheerleader of these elements surely would never go so far as to suggest that these should ever form the primary substance of a No Age LP.

The mission statement is made clear with opening track ‘No Ground’ – a track containing no drums. When you’re a two-piece line up of guitar and drums, this can be read in a number of ways: at best, it’s an admirable stride toward further aural ambition; at worst, it’s an overreaching attempt to Do Something New. And whichever way you look at it, when it’s followed by the similarly momentum draining ‘I Won’t Be Your Generator’, it’s an ultimately unwelcome move into new arrangements for No Age, and one which has already begun to stilt the trajectory of their live shows.

You certainly have to applaud No Age for their continued dedication to creating interesting recordings – in this instance, delivering an album where the guitar lines act as more of a rhythmical backbone than the barely-present drums. But to strip the bulk of the sound to the seasoning of the found sounds and ambience is to deplete the songs of the energy which sustained their best material. Structure and vocal lines were never the band’s strong suit: check the gossamer-thin structure of ‘Eraser’; check the repetitive vocal line of ‘Ripped Knees’. And on An Object, No Age push their weakest attributes firmly into the spotlight; a move indirectly admirable for its continued ambition, but one which makes you wish they’d go back to being punk rock, rather than just punk.