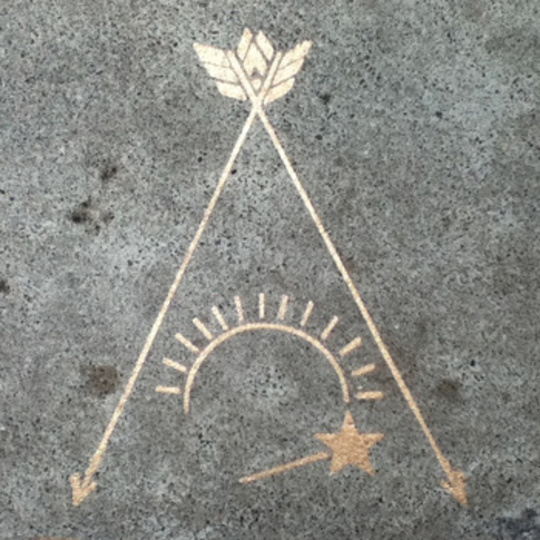 There is magic in Emmett Kelly's music. A bewitching sound, which at its very best, places his work just outside of time's ragged grasp, imbuing it with a raw and thrilling enthusiasm. With his latest mini-album, Tiny Rebels, he finally strips away the fat from the bone, and in doing do produces some of the most cogent and harmonic music of his career.

Since his 2006 solo debut under the deceptively grand moniker of The Cairo Gang, Kelly has released a handful of albums and EPs, which nod to his broad palette of influences, from sun kissed psych-rock and Eighties pop to hazy acid-folk. During this time he's also worked extensively, both as a jobbing musician and in a long standing collaborative partnership with Will Oldham, a project which culminated in the release of 2010's The Wonder Show Of The World.

While this period has undoubtedly been fertile, the spark of sonic charm which clearly lies at the core of his solo work has sometimes proved elusive. That's not to say it wasn't always there, but occasionally it has felt sidelined: either by the esoteric experimentation of his early releases, or the long shadows cast from his more prolific associates. It leaves him wanting in terms of definitive artistic statement, because much like the ersatz 'gang' in his name, all too often Kelly has hidden his talents behind something bigger than himself.

Recorded in the space of a week, there is an immediacy which translates to Tiny Rebels, one that Kelly's recordings have hitherto lacked. Judiciously balancing nostalgic pop, poignant lyricism and a frantic energy into something which - beyond its all too obvious influences - still feels fresh.

Part of this comes from his intriguing use of two 12-string electric guitars which he employs across the album to great effect. Be it gently on titular, 'Tiny Rebels', with its resonant strum, pealing as if a distant bell guiding the melody to shore, or wildly on 'Father Of The Man', with its shimmering, reverb soaked oscillation, that devolves into acid-folk freakout. The instrument itself chiming with a warmth and clarity, that when layered between the reverb and tight compression of his harmonies, forms a wave of noise which sings with rich, sun-bleached vibrance.

The other reason for this newfound zeal, stems from Kelly's decision to finally turn his solo enterprise into a fully functioning band. Whether it's on 'Take Your Time' with its labyrinthine guitars and screeching harmonies, or in the twirling garage-jangle of the joyously deceptive, 'Shake It Off'. he addition of three new bandmates adding a palpable sense of exhilaration to each reverberating chord and affording a greater freedom in his sound. All of this makes it even more believable, when on the title track, he sings; "Together, we might be, something important too".

While it's true that sun drenched pop may be at the forefront of the album, there is a darkness which swims just below the surface. Be it on the aforementioned 'Shake It Off', which masks themes of oppressive anxiety in the face of worldly pressures; as Kelly sings I Don't fucking feel like gaining control of all the retarded bullshit, I must be able to shake off" over head nodding beats and a rattling Sixties throb. Or on album centrepiece, 'Shivers'; a spiteful and melodic lament of entrenched resentment, which opens with the glorious line, "I've been contemplating suicide, but it just doesn't suit my style/So I'll just act bored instead, and contain the blood I would have shed". Kelly's skill, at mixing gloriously upbeat retro sounds with shatteringly sombre ennui, employed here to never-bettered effect.

Tiny Rebels sees Kelly test the boundaries of his own artistry, exploring whether something small - be that a solo act, a straightforward melody, a single thought, or even a collection of six songs - can transcend to become something greater than itself. Whilst it may be fair to say, that in doing so he sets aside some of the less conventional subtleties of his earlier work, the end result is more than satisfying enough to warrant the sacrifice.