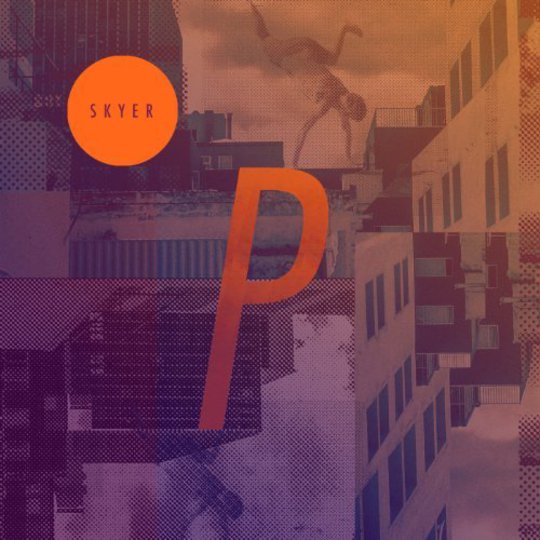 You try to stay away from the obvious in the reviewing game. Skip the cliches. Dodge the thing that's staring you in the face. It's partly to make these things interesting to read, partly to dismiss the notion that just anyone can write these things. We're performing a valuable public service here, and don't you forget it.

However, some things are so blatant that it's difficult to ignore them. So it would be pointless to ignore that Postiljonen's debut album Skyer doesn't quite so much sound 'like' M83, as it's almost a tribute record. It's not just the floaty electro and synths either – they appear to have nicked whole bits of M83's schtick, and chucked a breathy lady's voice over the top of it. There's the obvious splashy drum machines. There's the christ-that-only-just-works sax solos. Jesus, they even have a bit with a childlike voice talking over the music that you might remember from M83's 'Raconte-moi Une Histoire.'

The thing is, all of this doesn't necessarily mean that Postiljonen are bad, or without merit. If either you've never heard of M83, or you can forget about them for 45 minutes, or that you simply don't care, Skyer is a perfectly enjoyable record. 'Supreme' is the kind of song cool people would dance to. 'We Raise Our Hearts' is just the right side of anthemic. If you kids still made mix tapes, 'All That We Had Is Lost' would be a perfect, whimsical closer, even though it's the penultimate song here. Actually, that one is a reinterpretation of Whitney Houston's 'How Will I Know', no less, and it's mildly ironic that the only song on 'Skyer' that isn't one of Postiljonen's own sounds nothing like the original, but the rest reek of other people.

Still, even elsewhere there are some, shall we say, rather clear influences. 'On The Run's keyboard riff sounds like someone has taken the centrepiece of College's 'A Real Hero' and just swapped one or two notes around. Singer Mia Bøe could be Bilinda Butcher if you imagine her without all the noise. Criticising someone's vocal style because it sounds a bit like someone else might be a little harsh, but it adds to the feeling that Postiljonen don't have enough confidence in their own ideas to bring them to the fore. It's like they've created a collage rather than a painting. A band's influences should whisper in your ear, not smack you round the face.

That's not to say that there isn't anything new or really of themselves in there, it just takes a little while to figure out what it is. Perhaps that's why Postiljonen are so frustrating – you just want to grab them and shout 'Do your own stuff! It would probably be pretty good!' The fair thing to do before really judging them is to wait until the next album, to see if they really do have something, or they are just magpies.

So Skyer is a good record. It's just you might as well just buy Saturdays = Youth. Your call, really.