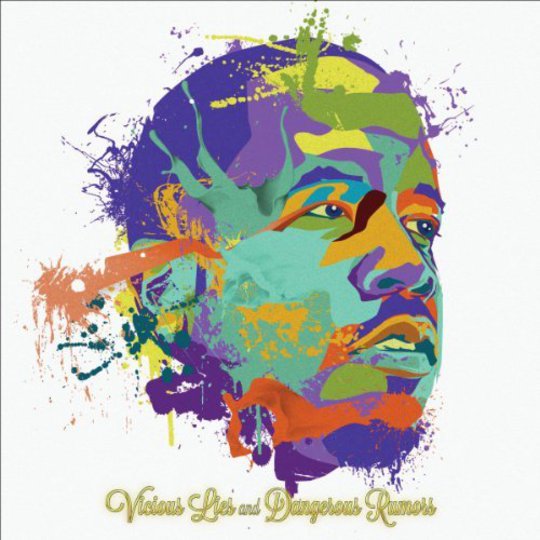 As introductions go, the opening to Vicious Lies and Dangerous Rumors is needlessly explanatory. Big Boi, quite literally, spells out his name before reminding you of his little-known earlier work as "one half of the minor OutKast" like he was an ex-member of 5ive launching a solo career comeback. One might rightly suspect these formalities to be a nothing more than a humble brag. But on the contrary, this is Antwan Patton's address to the uninitiated listener, to who he only has this to say: “if y’all don’t know me by now, ya’ll ain’t ever gon' know me”. In other words, if you haven't heard of me by now, this probably isn't going to do it for you.

That seems like strange statement to make, given that this is far more an accessible entry to Big Boi than his solo debut Sir Luscious Left Foot: The Son of Chico Dusty. Part of the reason for this is that Vicious Lies is surprisingly sentimental at heart. There are two, yes two, references to Tom Petty and the Heartbreakers; 'The Thickets', 'Apple of My Eye' and 'CPU' all have hooks about being infatuated with a certain someone (or is that something); 'Tremendous Damage' ends with a shout out to his two sons. Sure, it's sleazy at times as well, cracking a few cheesy innuendoes about violin bows and doctors on 'Objectum Sexuality' and taunting about receiving the attentions of "your old lady" on 'The Thickets'. But it's not XXX stuff, just Patton reassuring you (and himself) that he's can "look 26 and still hit on your broad" despite going on 40.

But then this is not the Big Boi of Sir Luscious: the elder statesman airing the odd political grievance or grizzled hip hop General riling bad DJs and MCs alike. This is the Big Boi of Speakerboxxx, the rap game Svengali of the pop charts. And Vicious Lies's production is certainly ambitious, comparable in scale to My Beautiful Dark Twisted Fantasy (of course without Kanye's sizeable ego and his celebrity collaborators). Instead, Big Boi seems to be aligning himself with indie-rock — more-so than Yeezy's cut and paste Justin Vernon collaboration — by enlisting, from his many rounds of the festival circuit: electro-pop duo Phantogram, much sought-after Yukimi Nagano of Little Dragon and, unfortunately, Wavves' Nathan Williams. It is the aforementioned duo who make their mark the most, providing the mournful airy vocals to 'CPU's tale of internet age longing and 'Objectum Sexualities's lust-driven emotional desensitisation.

Much of the success of these collaborations are due, ironically, to fewer verses and extended guest-spots. On the album's standout hit, 'Mama Told Me', Big Boi is the foil to Kelly Rowland's vocals, in much the same way as 'Be Still' showcased Janelle Monáe. Album closer 'Descending', a lament for Patton's late father, is more like a duet with his strained vocals in contrast to Nagano's smooth tones. This can be slightly unsatisfying at times, though made up for by the display of technical expertise with which Big Boi seamlessly transitions multifarious influences from electro, indie, pop, R&B and trap. There's even a throwback to the Dirty South, 'In The A', a reworking of 'Daddy Fat Sax' chopped and screwed into a monstrous brass-backed sample that features an Atlanta triumvirate of Big Boi, T.I. and Lucacris. Its subject might be close to home but it sounds uncanny within this context.

For an album framed by an intro and outro in which Big Boi casually shrugs off popularity, Vicious Lies and Dangerous Rumors has much wider audience in mind than its resigned attitude suggests, similar even, to the mass appeal of Speakerboxxx/The Love Below. Despite the heterogeneous nature of the album as a whole, Patton is never out of his depth, even when paired with unusual collaborators. It's not so much his consistency, as it is his ability to adapt vocally as each style dictates. For anyone other than Big Boi this technicolour medley might well have been a sodden mess.