I Promise You Always the Sky 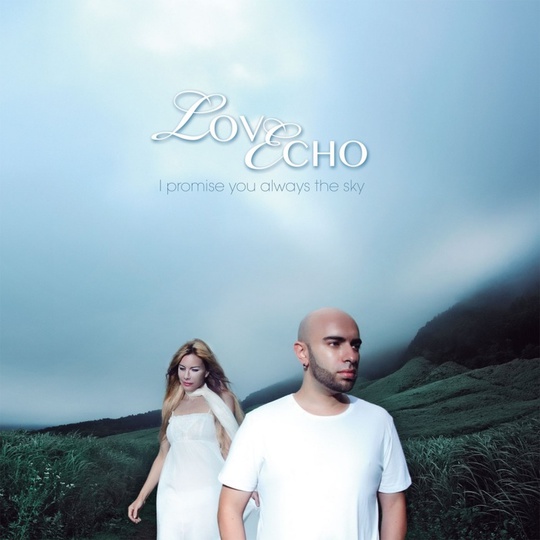 Haim may be the official sound of 2013 but there are plenty of other acts who can match their ability to replicate Eighties electronic pop: Vic Miranda and Vicki Glass are one, and have been doing their thing as Love Echo in Paris for a year, creating luscious, innovative digital treats that don’t quite deserve the Cantona poetry title they’ve been given here. I Promise You Always The Sky is a tight collection of futuristic but intimate tracks; a kick up the arse for vocal electronica albums, and one whose lyrics don’t make you want to drop a piano on the DJ.

Those who already know Love Echo will surely know them for their cover of The Cure’s ‘Love Cats’, which replaces the jangly miaowing of the original with stalking electronics, a piano melody, finger clicks and shimmering pads. It sets the tone for I Promise’s interpretation of pop, which Vicki Glass gives a very human face to with her breathy, pour-your-heart-out lyrics (“I need you/I need your star to find me again/I need your lips to define me again,” she sings on ‘Departure’, smoothing out the fuzzy synths). Other tracks portray her as a dance floor ice queen: ‘Daybreak’ layers ominous strings over a crunchy beat, while ‘Control’ takes an operatic house tune and slows it down so that the keyboards, piano and click track pass you by like a procession.

Most of the time I Promise remembers it’s a pop album, puffing out its hybrid sound rather than letting it mooch in the background. Sometimes it doesn’t: ‘We’ is glittery minimal techno that toys with angry bass music, not exactly eloquent with its single lyric but flexing the muscles of Vic Miranda’s digital production. ‘Eligy’ is another fence-sitter, letting Glass sigh over chords from Imogen Heap’s synthesizer. But the album gets its legs back when it rolls out ‘Hush’, four minutes of smooth neon breaks where end of a relationship blues are played out over exhausted beats. It somehow achieves chirpiness, paving the way for the more upbeat ‘Light’, which combines keyboards, staggered bass drums and lyrics like slogans from a biker bar (”Can’t get to heaven without going through hell”).

Despite a scattering of cheap couplets, I Promise You Always The Sky is a strong set of songs from Love Echo, essential for fans of woozy, bass-heavy electronica with vocals that don’t assume they’ve been lobotomised. Vic Miranda’s atmospheric pop is ideal for Glass’s voice, which compensates with mischief whenever it gets stuck in a groove - ninth track ‘One’ repeats a single piano loop, while tenth track ‘Eleven’ (the track listing is anarchy) layers fidgety percussion over nonsense words and keyboards. Like Crystal Castles sent to bed with a glass of warm milk, Love Echo’s album is a consistent enough set of subversive, coy digital pop songs, worth sticking around for after ‘Lovecats’ fades out.