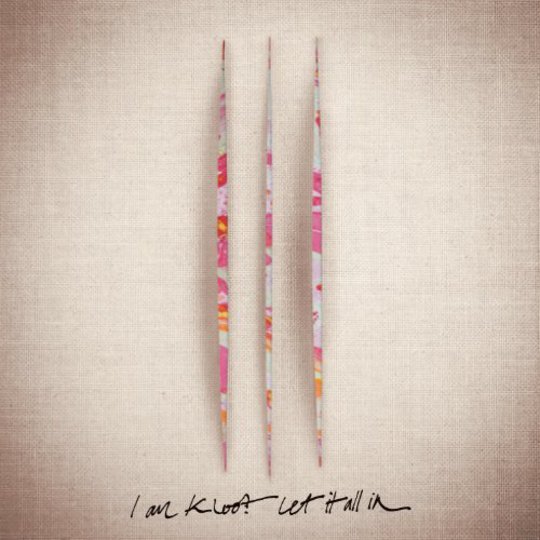 If ever there was a band destined to be forever tagged as outsiders, it was I Am Kloot. Their songs were grand, occasionally beautiful, but they spoke of dark subjects – broken romance, bitter characters and long regrets, tailoring the Manchester three piece to an audience predisposed to one too many and three day stubble. A running joke at Kloot gigs comes when singer John Bramwell declares the next number to be all about drink and disaster. What follows could be anything from the band’s back catalogue, and they’ll all fit the bill.

However, two and a bit years ago, something happened that brought I Am Kloot, if not into the spotlight, then at least a little more into focus. Long time friends Guy Garvey and Craig Potter of Elbow produced the band’s fifth album The Sky At Night, and the presence of the recently Mercury-winning duo seeming to sharpen Bramwell’s songwriting and the band’s sonic adventure. The album was duly recognised in its own right: after years of near misses I Am Kloot finally appeared on Radio 2 playlists and end of year polls.

Now, they arrive with the follow-up, and again Garvey and Potter sit in the production booth. Thankfully, Let It All In isn’t a straight retread of its orchestral predecessor, and nor does it push the boat out towards more bombast. Instead, Let It All In is a tighter, more relaxed LP, full of beautifully restrained, crafted songs. I’d hate to suggest that I Am Kloot have gone soft by any means, but there’re tracks here that seem to have nothing to do with drink or disaster, but are simply expertly crafted moments of confessional songwriting.

Musically, the album tends to be stripped back, with the band’s basic three-piece set up at the fore, such as on the Rubber Soul-esque ‘Masquerade’: a bright number that skips along fuelled by some wonderfully hazy backing vocals. Listen closely though, and Bramwell is singing about borrowing money from a poltergeist, so it might still turn towards disaster…

Let It All In is by no means a sparse record however, with subtle additions to the standard Kloot sound throughout. ‘A Better Day’ sits on a bed of warm brass and a bouncing chorus that most Britpop bands would have sold a rib for, while the opening, ‘Bullets’, creeps along with some of the old sense of foreboding (complete with a musical nod to the band’s debut single ‘Twist’) before exploding into a howling guitar solo that’s as thrilling as it is unexpected. One of the finest moments on the album comes when the title tracks shuffles towards a King Creosote-style lilting outro, an accordion gently fading into the distance.

The highlight of Let It All In has to be ‘These Days Are Mine’, an epic slice of orchestral, optimistic psychedelica. Just as The Sky At Night had the rousing 'Radiation' wrapping things up, here the band’s latest comes to a climax with this gong-rattling, raga-fuelled piece of anthemic wonder. It’s up there with the best that I Am Kloot have done, like one of those wondrous collaborations The Chemical Brothers used to do with gruff indie blokes, and proof positive that the band are more than kitchen sink troubadours.

And then, after the reflective ‘Forgive Me These Reminders’, it's all over. Let It All In definitely seems compact, as if the band and their collaborators have stripped away anything excessive in favour of a taut collection of their finest. More frequent glimpses of sunshine amongst the drink and disaster seems to suit I Am Kloot, and it’s likely to push them closer to the spotlight than ever before.