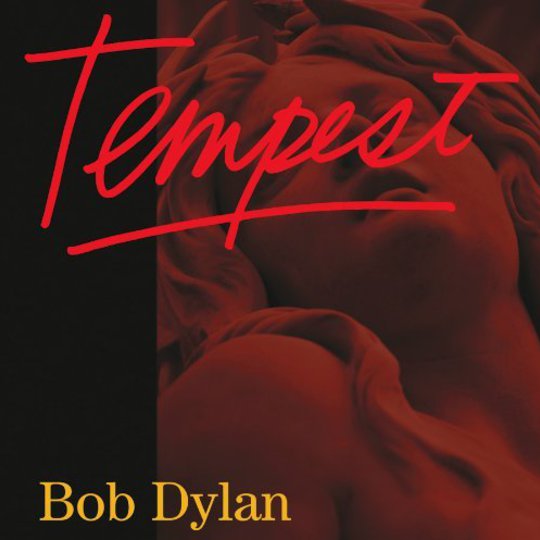 When all is said and done, only Bob Dylan knows the reason for Bob Dylan’s remarkable devotion to his life’s work. What more does he need to prove? After all, this is a man who, had the consequences of his mythical/alleged 1966 motorcycle accident been graver, would still have gone down as one of the most influential artists to grace the world. A man who has continued to produce classic albums with each passing decade. And a man who, from 1997 to 2006, managed to regain his aura by releasing three of the finest records of his entire career (Time Out of Mind, Love and Theft, Modern Times) when he'd previously been labelled a spent force. He’s earned his stripes several hundred times over without being required to stitch further accolades into the tunic. And yet, he continues to tour relentlessly, maintaining an output that continues to impress and intrigue. Like I say, only Dylan truly knows Dylan. But while so many formerly great artists seem happy to festoon the latter part of their recording careers with fragments of ennui, Bob keeps us on our toes.

On his thirty-fifth album, Dylan has shifted shape again. If 2009’s Together Through Life exuded a contentedness and a light-hearted mischief after the portent of Modern Times, Tempest returns to a place where bleakness threatens every doorstep. It reflects its title, not in the music (which is the same delectably relaxed and slow-aged blend of blues, country and folk as his recent releases; played impeccably by his long-time musical collaborators) but rather in the tumult in his words, phrases and emotions: frustrated, bitter and bruised. And his voice - stripped and sandpapered away by time – befits the themes. While his larynx can make for a difficult proposition live, when properly tempered and treated within the confines of a studio, it acts to urge and agitate the more sanguine instrumentation. It’s like your grandfather telling stories about days gone by. No, he most certainly doesn’t sound pretty. But you find yourself snagged on every gnarled and crooked word.

The coherence of Tempest is the hypnotic key to its charm. Compressed together, the collection exudes a dark flow and a hidden, perilous depth. Of the more obvious tracks to highlight, opener ‘Duquesne Whistle’ sounds laid-back and mellifluous in its train-wheel rhythm – the optimistic opening miles of a journey. But the buoyant atmosphere doesn’t last. Contrast that with the title track: a 14 minute paean about the sinking of the RMS Titanic. Though initially unrefined and rambling, it becomes a poignant sermon on humanity, fate and survival: drawing threads between truth and myth; reality and dreams. There almost seems to be a knowing nod to ‘Desolation Row’ - a song that referenced the same ship in 1965 - in terms of the free-form structure and themes of despair and predetermined fate, set against the seemingly chance factors that determine salvation. It's almost as if he’s critiquing, even mocking himself. In the modern world of the sorrowful Dylan, he’s not even safe from himself. And for proof of the anger in his 71-year-old bones, consider the content of ‘Pay in Blood’ – possibly Dylan’s most sideswiping lyrical tirade since ‘Idiot Wind’ as he wheezes and spits lines such as “This is how I spend my days / I came to bury, not to praise / I’ll drink my fill and sleep alone / I play in blood, but not my own”.

Over time, themes begin unravelling. A rejection of aesthetics and wealth (‘Holy Roman Kings’ could well be a veiled diatribe against vacuous celebrity); a continual struggle and search for redemption; love, loss and regret, along with a sorrowful yearning for the twin innocences of dream and childhood. And lyrically, he remains a colossus. Tempest largely eschews the obtuse and enigmatic metaphors of his previous records, but presents religious, historical and literary themes and allusions that serve to highlight the ageless and epic nature of the questions being asked and the answers being sought. The only lyrical failing is found within the closing ‘Roll On John’ – an unexpected tribute to John Lennon that occasionally clunks and flirts with cliche in its Beatles lyric-referencing, but still manages to convey a stark and raw sorrow, almost as if he’s prepared to drop his mask to genuinely grieve, 30 long years on. Even at Dylan’s weakest moments, there’s always something that redeems. And deep within that particular song, you suspect he’s pondering over his own mortality and legacy too.

Just over fifty years ago, a young troubadour strolled into Columbia recording studio in New York because like his hero and mentor Woody Guthrie, he felt he had something he needed to say. And after all this time, what continues to make Dylan vital is that unlike so many aging artists, he still has something he wants to say. And when he does say it, the words continue to ring with enduring reverence. Tempest is an album carved with tools of experience and maturity, but fired with an anger, smoulder and sorrow tempering itself just beneath the surface. “Do not go gently into that good night / Old age should burn and rave at close of day”. So said the poet who gave a young Robert Zimmerman his appropriated name. Half a century on, Dylan is still trying his damnedest to prove the epitome of that line. Maybe that’s why he keeps on going. Maybe that’s why he won’t stop. Eitherway, he remains mesmeric after all these years. Happy fiftieth anniversary Bob. You’re still talking and we’re still listening.