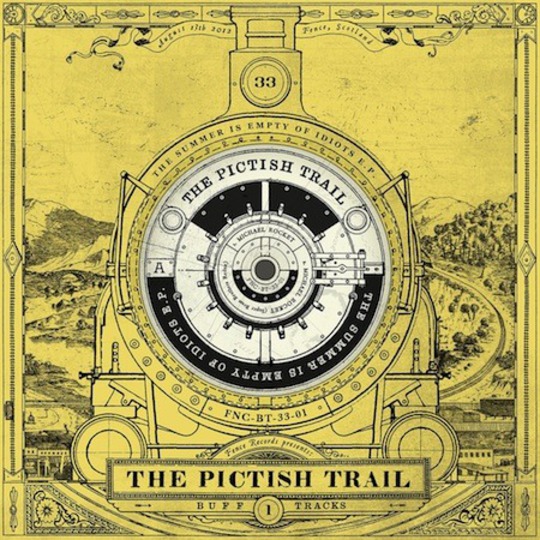 A long time ago, in a galaxy not very far away, I decided that I wasn’t interested in The Pictish Trail. Up until now I had been very successful in my indifference. Far more triumphant than in any other pursuit that I have pursued to date. It was nothing personal. Just that in my head his Fence Records Collective were some kind of Amish cult on a permanent dress down Friday. And therefore, based on the combination of relatively unkempt facial hair and geography - Fence HQ is located within the moderately sleepy Scottish fishing town of Anstruther (also home to an excellent chip shop, and a plethora of irritating seagulls) - all the songs must be morose, acoustic laments about fishermen.

Surprisingly, like all sweeping assumptions based on limited information and ignorance, my mental image of The Pictish Trail was slightly inaccurate. Sure, he might be the bearded leader of some weird fisheries cult, but it turns out that his songs are great. I guess this must be what it feels like to be religious and, after a lifetime of praying and obeying, it transpires that one has been supporting the wrong God all along.

The Summer Is Empty Of Idiots is a very brief affair. Maybe that helps. No messing about. It’s basically pop music. Not glitter coated, airbrushed 'I have a boob job and impossibly white teeth, but legally I can’t drive a car' pop. No. It’s pop by people who, if we’re being honest, really shouldn’t be doing pop music. It’s odd pop, for odd people. Hairy, unfashionable, pop. Slightly unkempt, yes, but not purposefully scratchy, rubbish lo-fi recordings. There is an omnipotent gleam to the proceedings which really brings out the best in the songs.

‘Michael Rocket’, the lead track and single from this five-track EP, is a spaced out and relaxed meander, doped with a hint of menace. An ethereal quality is introduced through the backing vocals, courtesy of what sounds like a choir of recently deceased eunuchs in the distance. To be honest, you should probably just check out the video. It sums up the atmosphere of the song far better than I can with words. The other two conventional tracks here, ‘What’s The Big Idea?’ and ‘Not To Be’, follow a similar path. They are catchy and inventive songs which remind me of a less earnest, more interesting version of The Shins' first LP.

The final track is the kind of 30-second filler that could have turned up on 69 Love Songs and left you wondering why the hell he didn’t just flesh it out into a full song, because 30 seconds isn’t nearly enough (insert sex joke here). It feels a bit like a snippet from the soundtrack to Tron. My only gripe with this EP is that there is a sort of dance remix/redux of ‘Michael Rocket’ included. It’s not terrible. In fact I like it, and it works. I just hate the idea of remixes. Especially when the other songs here are much better anyway. For want of a suitably witty and original backhanded compliment, I decree it to be the worst of a good bunch. You should still buy the EP though.