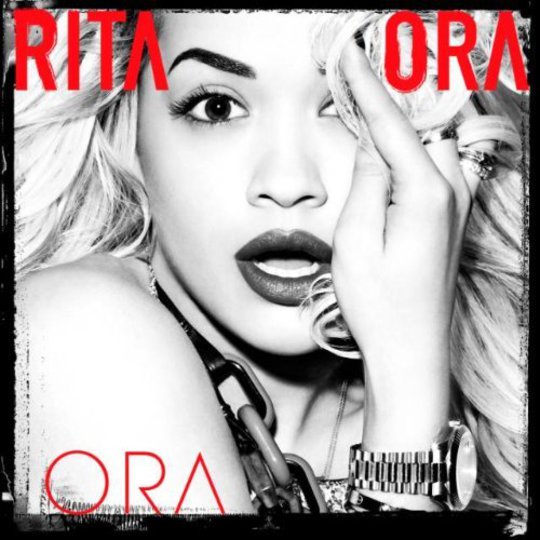 Jay-Z’s Roc Nation imprint is more of an incubator than an actual record label. For whatever reason, Jay’s signees typically fall into a comfortable abyss before their music ever sees the light of day. In 2009, North Carolina rapper J-Cole was the first to sign with the label; his debut album, Cole World: The Sideline Story, was just released last September. Then of course, there’s Jay Electronica: after he ignited the rap world with the groundbreaking ‘Exhibit C,’ Jay Elec left Diddy’s wing for Jay-Z’s boutique imprint. After a few false starts — including a teaser tweet with the album’s tracklist — listeners are still clamoring for the long awaited Act II: Patent of Nobility (The Turn) (I won’t believe it’s real until I click ‘play’ on the actual recording).

Then there’s British pop starlet Rita Ora, who Jay-Z signed in 2009 after she generated a decent buzz as a teenager. Ora secured decent placements with musicians Craig David and Tinchy Stryder, and appeared on the BBC’s Eurovision: Your Country Needs You to represent Great Britain. Soon after, a UK-based A&R told Jay about Ora, and the singer would eventually fly to New York to meet the rap icon.

If nothing else, Jay-Z has a good ear for talent: J-Cole and Jay Electronica recall his brash beginnings as heir to Biggie’s lyrical throne. Both MCs have the far-reaching appeal of their boss, but carry enough backpack to appease underground fans as well. Meanwhile, Ora keeps the label young. She’s 21, and would rather celebrate her youth than bemoan civic despair. Not that there’s anything wrong with her focus. Just recently, Ora reportedly racked up a £10,000 bar tab with hip-hop duo the Rizzle Kicks at Mahiki in Mayfair. Talk about party and bullshit.

Such is the theme of her long-awaited debut, Ora, a bubbly set of standard-issue pop music set atop glossy synthesizers and slender drum programming. From the onset, it’s clear that Rita will forgo creative dexterity for something a bit more accessible. This is straightforward dance music suited for Top 40 radio formats, ‘oontz oontz’ for the youth.

On the surface then, it seems Ora is just another face in the crowd, saturating the market with a blend that doesn’t need more of the same. Except there’s something a bit different about Ora — for one, her voice is strong enough to carry the production, much of which feels repetitive after a while. There’s an innate richness to her articulation that makes Ora intriguing, even if the subject matter is incredibly limited. Through all the commotion, Ora can actually sing - no, she isn’t the second coming of Whitney Houston, but her inclusion on the BBC showcase wasn’t a fluke, either.

Still, I hoped for something a bit more dynamic here. While Ora serves its purpose as a celebratory medley of upbeat pop tunes, they dissolve quickly, resulting in a disappointing effort which fails to resonate long after initial consumption. There are standouts, though: Carried by scant guitar chords, ‘Uneasy’ tackles anxiety with a childlike petulance. You can almost hear Ora stomping about in an adolescent rage. ‘Been Lyin’ is an ambient evaluation of self. On it, Ora shuns love with a middle finger and an explanation — she’s been hurt before, so she hides the pain with tattoos, sunglasses and dark clothes. “The truth is I don’t want to lose you,” she moans, “but I don’t want to lose me, too.” That lovelorn sentiment continues on ‘Hello, Hi, Goodbye,’ though the pace accelerates to the album’s previous speed. Here, the backdrop is quieter as Ora’s voice rides a tribal concoction of stuttered percussion and wafting shakers.
So while Ora is certainly catchy, and the maker is enthralling, it’s hard to believe this album took three years to compile. There aren’t any intricate rhythms here and the messages aren’t profound. In the end, though, Ora does what’s expected: she parties, she bullshits, she loves hard then dismisses it, she grows up then retreats to her cocoon. Some more time in the incubator might help.