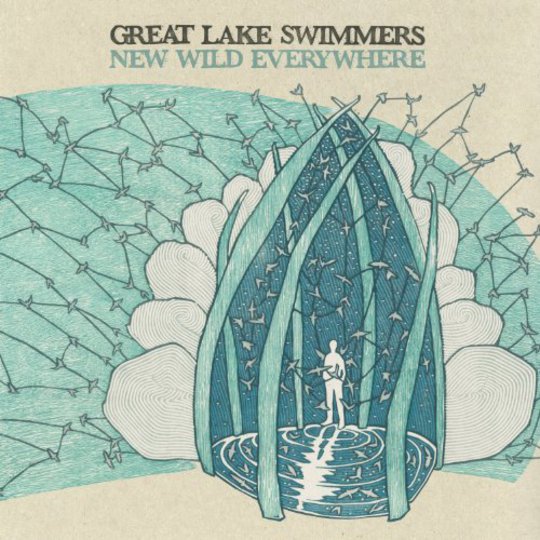 If we search Great Lake Swimmers on Youtube, click the top result and scroll down to the highest rated comment, we find user ‘itoastyourpants’ making the pithy remark ‘Thank god for Indie Folk <3’. Which is odd, because I’d always assumed that Indie Folk was musically equivalent to a big bag of sweaty bollocks. Folk’s heritage jetissoned, cunning exenterated, subtlety sandblasted. Dig up old turf, plant the mediocrity seed, water it down and watch it writhe, drying out the soil and climbing the ancient drainpipes of dead eyed piffle.

Especially considering folk is, by definition, kind of the opposite of indie, the genre could hardly fail to attract these awfully confused herberts, crying yesterdays and wiping snotty noses on mass-produced cardigans. Such is the transcendental nature of Indie Folk, for which we should thank the same lord almighty that gave us Travis, the rest of Ryan Adams’ career and bellwethers of insufferability Noah and the Whale, before slicing our genitals from the flesh and sallying forth into a dark and ignoble middle age.

Of course this is all a bit harsh on poor old Great Lake Swimmers, a humble troupe of rousing do-gooders that recently made their mark on the mainstream, wafting in during a tender juncture of American Idol, and New Wild Everywhere sounds like a maturing band preparing their smooth sliding into the jacuzzi of adult contemporary.

Recorded in a vintage analog studio, the Torontonians’ fifth album marks a countrified, janglier departure to the shores of, say, a mellowing Wilco. Tunes like ‘Think That You Might Be Wrong’ and ‘The Great Exhale’ are gently plucked, plaintive ruminations on compromise, family and comfort. They stroke you behind the ear and swell where they should swell, and to the less weary of stripe this presents the nub of the problem. These songs are suited - which crucially, is not to say tailored - to the closing scenes of a pretty domestic drama, spreading their inherent appeal thin over Swimmers fans of old and those who probably just aren’t too fussed about whether or not Neutral Milk Hotel are all they’re cracked up to be.

It’s fine. It’s well-rounded. It’s cosy. And on ‘Ballad of a Fisherman’s Wife’ it’s succinct, direct and affecting, addressing the 2010 BP oil spill with vitality and a subtlety of humour. And there’s no use fannying about with righteous rambling in the imperative, when the truth is we might be better served pulling our fingers out of our arses and admitting that, yes, mediocrity is or at least kind of can be, you know, alright. If nothing else, New Wild Everywhere is a symbol of inclusive respect for a hard-fought, potentially broadening audience, demonstrating that ambition in the least fashionable sense remains a valuable virtue that’s probably worth getting used to.