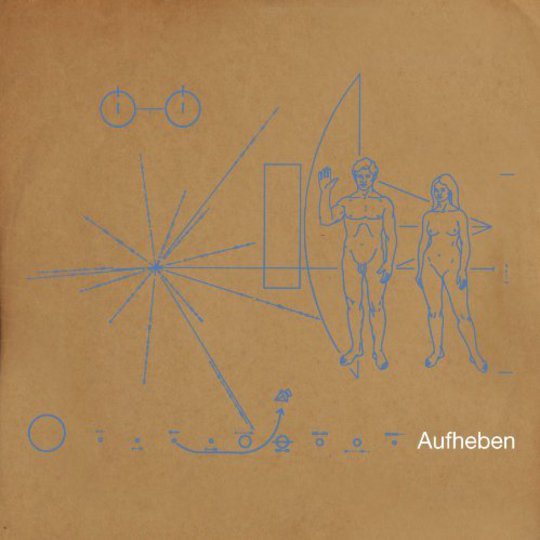 There are (at least) two Anton Newcombes.

There’s the infamous walking hydrogen-bomb that we all know and love to love from a safe distance, behind some police tape. A reliably unpredictable and captivating interviewee seemingly fuelled by controversy. This persona is probably highlighted best by his concise, insightful review of the life and times of one Eric Clapton:

“What has he ever done except throw his baby off a fuckin' ledge and write a song about it?”

The other Anton fronts The Brian Jonestown Massacre, playing Fagin to San Francisco’s revolving band of misfits, a group enthralled to the sound, ideology and chemical experimentation of the Sixties.

To me the public perception of Newcombe is inverse to that of the Beach Boys’ Brian Wilson, whose sublime song writing overshadows his fantastic capacity to absorb drugs and become unhinged.

Aufheben doesn’t mark a dramatic change in direction for the band, now relocated to Germany. They haven’t exactly donned Lederhosen and enlisted one of those Bavarian Oompah bands, at least not yet anyway.

At the risk of pointing out the obvious, this sounds like an album by The Brian Jonestown Massacre. Maybe at some points the eastern influences are more prominent, on tracks like ‘Panic In Babylon’, but on the whole it’s classic BJM. A sideways view at yesteryear through hypnotic, zoned out musical wanderings – minus some of the public inner-demon wrestling.

The strange thing is that, for being the fulcrum of the operations, on Aufheben Newcombe often quite happily sits back and lets the music do the talking. Even more surprisingly for someone so opinionated, when he does venture into the spotlight his lyrics don’t seem to say that much. At least nothing groundbreaking anyway.

Maybe it is too subtle for me. ‘Clouds Are Lies’s wistful refrain of “Someday we can pretend that dreams will help us be friends” strides the tightrope between banality and brilliance. I can’t tell if it is hippy bullshit or supreme social commentary from a higher plane referencing Martin Luther King. I guess that’s the benefit of interpretation, you never can tell. But when it sounds this good, who cares?

‘Face Down On The Moon’ is evidence of musical alchemy, getting away with using Pan Pipes without any adverse side-effects. And ‘I Wanna Hold Your Other Hand’ is the kind of song that card carrying members of the BJM fanclub will eat up.

Album highlight (and not just for the title) is ‘Blue Order New Monday’, a beautiful song built on a hypnotic and repetitive string section. There’s genuine warmth to it, benefiting from an interesting sonic landscape. I can imagine a swarm of advertising executives licking their lips at the possibility of using it in one of their campaigns to soundtrack a rainbow nation buying bread or something equally offensive (This is honestly a compliment highlighting the universal accessibility of the song. Most definitely not a subverted comment on BJM potentially selling out and bending over to Vodafone.)

It’s not really a surprise. Beyond the self-destruction, BJM have always produced great songs. That’s why they are still going strong after 20-odd years, and why you wouldn’t put it passed them still doing it in another 20 years too.