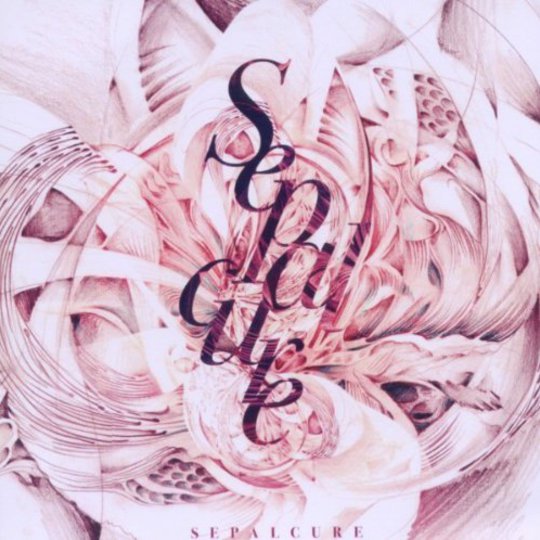 It has been a busy year for New York’s Travis Stewart and Praveen Sharma. Stewart released the full-length Planet Mu LP Room(s) as Machinedrum to all-round praise earlier this year, while Sharma occupied himself with two garage-house crossover EPs for Hotflush and Rush Hour under his Braille moniker. The union of these two musicians for their debut album as Sepalcure produces almost exactly the effect you would imagine - the lines between dubstep, garage, funky and house are blurred into one cohesive sound fitting of the Hotflush imprint, albeit a sound that is explored to exhaustion and beyond on this release.

Sepalcure opens strongly with ‘Me’, a hazy two-step house number with layer upon layer of breakbeat percussion and a funky shuffle instigated by a tighter-than-tight snare rhythm and loose shaker patterns. Chopped up vocals drive the song forward and provide some intriguing harmonic qualities, while analogue pads bulge and phase across the mix. Equally, first single ‘Pencil Pimp’ rolls along with grace and poise, making the most of snippets of R‘n’B vocals and a solid guitar sample. ‘Yuh Nuh See’ and ‘Breezin’ are a bit more wobbly, the former rushing along and the latter creeping and lurching. But elsewhere the novelty runs a little stale. ‘The One’ is nice enough but fails to step up a gear after the initial introduction of its bouncy drum track. ‘Hold On’ uses classic house pianos bolstered with a cheeky lead synth line, but again feels too generic to impress with its eager nods towards UK funky. Once again, the manipulation of vocals on ‘Carrot Man’ is creative and almost pulled me back in, but by track nine of ten I had had my share of chopped up voices. This is perhaps an unfair comparison, but to my ears closing track ‘Outside’ sounds like a less accomplished, less arresting version of Burial’s short interludes.

Like Joy Orbison’s ‘Hyph Mngo’, an undeniable staple of the Hotflush back catalogue, the whole of this LP is infused with a restless and youthful energy led by deep melodies, but this approach is indiscriminately applied across almost every track. The result is an album that, despite being technically accomplished and beautifully polished, feels whitewashed with post-everything dance elements and is somewhat lacking in character for it. As Jon Dempsey of Dusted magazine rightly noted in his review of Sepalcure earlier this month, the duo don’t take nearly as many risks as they should, particularly in light of more adventurous recent releases by fellow New Yorkers like FaltyDL. As a whole the record is coherent, but contrast, juxtaposition and the element of surprise are the missing pieces of the puzzle.