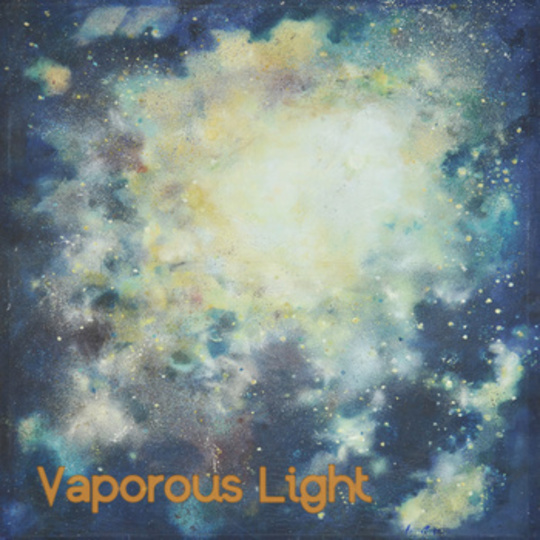 Written down on paper, a concept like this would be vivid and captivating. Using muted classic and obscure films, Mancunion trio Vaporous Light have crafted their self-titled debut by matching musical moods to the screen – the band just as enigmatic (no details of members are found anywhere) as the films themselves. Unfortunately, Vaporous Light isn’t such an appealing concept. Repetitive and uninspired (notably ‘The Eyes of a Fool’ and ‘Isn’t it a Thrill’), the band’s debut is the pedestrian sound of a band on autopilot.

Lead single ‘Charming News’ opens with haunting Gorky’s Zygotic Mynci-style fuzzy astral warmth. But rather than the idiosyncratic progression of the Welsh legends, the track stagnates and never really moves anywhere. It’s a problem that’s recurrent throughout the record. ‘I Keep My Musket Close’s bass line sounds cut and pasted from Garage Band, whilst opener ‘Lansdowne Hill’ is a lesson in not how to introduce your debut album.

Worse yet, the vocal during ‘Lansdowne Hill’ – a frail imitation of David Bowie - constantly struggles to make itself heard over the bland instrumentation, and as it hauls through to closing track ‘A Moment of Harmony,’ the singer sounds like a man who’s finally given up on the band. Even when audible, the lyrical themes prove to be a mess. During ‘Baby I’m Not Your Man’ a bitter voice takes a misogynistic turn as he spits: “I wish that I never started anything / I couldn’t see how much you’d play / I only wanted a one night stand”). Charming.

Moments with real potential happen far too little then. ‘Money’ sees a Joy Division/Cure infused bass line race out of what’s otherwise a mediocre track, and flashes of shoegaze intensity surge briefly during the cheesy ‘Rough Around the Edges.’ They say you can’t polish a turd though, and regardless of such short-lived moments, Vaporous Light might well disappear into Manchester’s backdrop soon enough.