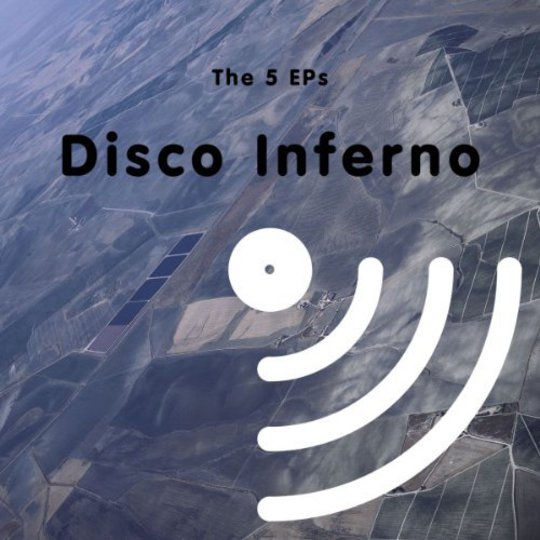 Pop history is replete with forgotten revolutionaries, those ahead-of-their-time outcasts who were greeted with confusion and indifference, only receiving their dues once the world had caught up years later. And so it is with early Nineties sampling pioneers Disco Inferno, whose radical, intelligent, sensitive rewiring of the standard guitar/bass/drums aesthetic was so far out of step of Britpop’s nationalistic bombast that buying a DI record must have felt tantamount to treason. In 1995, outshone by Champagne Supernovas, priced out by Country Houses, they threw in the towel – only for their final two albums to be exhumed by One Little Indian nine years later, sparking a blog buzz that has grown steadily louder ever since. So, this timely new retrospective, spanning five out-of-print EPs originally released between 1992 and ’94, serves not only as a grab bag of thrilling sample-based experiments, but also as the fascinating linear narrative of a band struggling against the burgeoning Britpop behemoth.

It’s tempting for DI newcomers to focus on the freakshow elements of the band’s modus operandi, namely that saturation of found-sound textures. Yet first EP Summer’s Last Sound acts as a sharp demonstration that the band’s sampling was never just tacked on for the sake of it, but was rather an integral element of a complex whole. The title track opens with the air thick with birdsong, conjuring the ambience of a hazy summer’s evening – and yet as the tweeting grows more frantic and Ian Crause’s feverish vocals enter the fray, it’s clear that this is no idyll, but rather a horrifying scene where an immigrant is kicked to death, with no hope of the perpetrator being brought to justice. ‘Love Stepping Out’ is of a similar ilk, its shimmering arpeggios and ambiguous church bells laying the groundwork for another tale of assault.

Second EP A Rock To Cling To also has a similar air of coherence, despite its two songs being polar opposites – the yin of the slinky title track, where Crause’s vocals are seemingly backed by the ghost of a rock band playing in the next room, balanced by the yang of ‘From The Devil To The Deep Blue Sea’, an unnerving, meandering 10-minute instrumental that never outstays its welcome.

It’d be wrong to describe these first two EPs as especially difficult, but they do require the listener to do some legwork. Third EP The Last Dance is significant, then, as the concept of radio-friendliness enters the band’s consciousness, the lead track being the best single that New Order never released. And yet, this being Disco Inferno, things are never quite that straightforward. Not only is ‘The Long Dance’, the track’s alternate take, actually much punchier (and, indeed, New Order-ier) than ‘The Last Dance’, but then sandwiched between the two is ‘DI Go Pop’, which, if the title is to be taken at face value, must mark history’s single most misguided attempt at cracking the mainstream. Crause spits out his lyrics amidst a woozy cacophony akin to a Walkman warping and unspooling, to create a truly exhilarating rollercoaster ride. Bruno Brookes wouldn’t have known what hit him.

If The Last Dance is Disco Inferno’s pop EP that never was, follow-up Second Language comprises their feel-good EP that never was. ‘The Atheist’s Burden’ is a refreshingly positive, ingenuous response to the snarky irony with which the Nineties became synonymous, a wide-eyed ode to getting up at 4:30am to listen to the birdsong, “before the cynics have got out of bed”. But it doesn’t last. The EP’s title track opens with crisp, bright guitar, and things build subtly as Crause recounts a tale of trying to communicate with a non-native speaker, culminating with the bittersweet resignation “We just smile” – before his frustration boils over and he takes it out on his whammy bar. By the EP’s end, the tricksy ‘A Little Something’ finds Crause overrun by relationship woes, debt collectors, junk food, sleeplessness and the fear of an office job.

By this point, art was imitating life, with the band being completely overrun by Liam, Damon and co. The cartoonishness of final EP It’s A Kid’s World not only wryly satirizes the simplistic superficiality of Britpop’s worst excesses, but it also represents DI’s final desperate attempt at gaining recognition. The title track is eye-catching enough, with children’s TV ephemera layered over a drum beat borrowed from Iggy Pop’s ‘Lust For Life’, but the coarse nihilism of ‘A Night On The Tiles’ goes even further, making like an attention-seeking toddler. Of all people, it samples Edith Piaf, as if to demonstrate how far from the zeitgeist the band have fallen. By closing track ‘Lost In Fog’, DI are utterly defeated. Never mind lost in fog – the clunking machinery and malfunctioning electronics suggest the band are lost in space, completely cut adrift. Casting one final look at the scene below, Crause deems it “deserted, godless, forgotten”. Disco Inferno split shortly afterwards.

The curious may delve into the The 5 EPs, attracted by DI’s quietly building reputation for their pioneering sample work. Yet what they will find in these 15 tracks is so much more than novelty experimentation, but rather an inordinately inventive, profound, perceptive band, captured over a fascinating period of their career. That they remained so obscure for so long is Britpop’s forgotten crime.