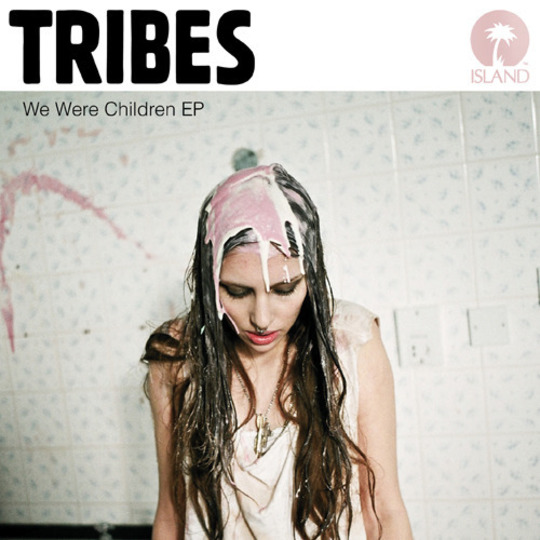 Lad rock isn’t dead, it’s just been lying down massaging its balls from the kicking it took last decade when the public psyche awoke from its 4/4 coma and embraced instruments other than those with six strings, with lyrics that went beyond 'my girlfriend’s dumped me'. !

But of late there’s been a quiet twanging and faux-Gallagher arrogance rumbling from the sidelines of the printed press. The first sign was earlier this year when Brother graced the cover of NME. Once again trying to breathe life in to Britpop’s rotten corpse, the band were photographed with chins jutting in the air behind a tired Union Jack flag proclaiming the even more tired phrase: 'We want to be the biggest band in the world'. Deemed ‘grit-rock’ and with songs like ‘Darling Buds Of May’, it looked thankfully like another hack-invented micro scene that would implode by the time you could say 'new acoustic movement'. But, now along with The Vaccines there’s another NME-backed white-boy-quartet to contend with, Tribes.

Hailing from Camden, the band is made-up of former Operahouse members: vocalist and guitarist Johnny Lloyd, guitarist Dan White, bassist Jim Cratchley and are joined by Miguel Demelo on drums. The band first got together in summer 2009 after the guitarist was caught trying to steal the drummer’s wallet... and that’s not where the rock n roll ‘legend’ of Tribes ends. Another member of the band was arrested for fraud aged 12 and Johnny went on a bender with Juliette Lewis only to wake up with a tattoo on his arm and no recollection of getting inked. Those crazy kids! When you’re so obviously following in the footsteps of Pete'n'Carl, saying you met at the local over four pints of piss-weak lager isn’t really going to cut it anymore

Taking another leaf out of the Libs' book, Tribes have made a big deal out of building their following up from live shows rather than indulging in any of this web 2.0 malarkey. With a hard to Google name, the band insist that fans have found them the good old fashioned way of seeing posters around Camden and claimed that their Facebook fan page was a surprise to them. They even did a guerrilla gig (remember those?) on the top of a mate’s shop in Camden (remember that?).

The band’s early demos on MySpace did, to be fair, ripple with a degree of hazy vintage charm and were good enough to impress Frank Black, who personally requested them as a support for a Pixies’ show in London. The band also gained a coveted session at Radio 1’s Maida Vale studios hosted by none other than NME’s Krissi Murison. Finally signing to Island Records, the band has now released their first official four-track EP, We Were Children.

Recorded with producer, Mike Crossley (Razorlight, Arctic Monkeys, Kooks), We Were Children smoothes the rough edges of the band’s early demos and adds a generic commercial gloss. The opening chords of title track ‘We Were Children’ recalls the achingly picked chords of Suede, but without any of the weirdness or charm of Anderson and Butler.

The EP continues down well-trodden path of lad rock as ‘Girlfriend’ opens with Gallagher signature feedback and a line that could’ve been torn from Luke Kook’s black book - “I said I love you darling but I didn’t mean it”. Every instrument is pumped full of steroids, overbearing and overblown, to fit the ‘arena band in the making’ tag as worn by Coldplay and The Editors that goes straight for the sing-along chorus and forgets about the rest. Meanwhile ‘Coming Of Age’ is an iPhone in the air sing-along of teenage clichés that has more than a hint of ‘Let It Be’ to it.

The EP lacks any of the endearing aspects of the initial demos that gave the band their own character, like the fuzzy major acoustic chords and Johnny’s beleaguered vocals on the T.Rex-esque ‘Sappho’ and the melancholic ‘Nightdriving’. The only track that gets close to this is the acoustic demo of 'We Were Children', which gets the band back to basic and their best.

In an era when Lady GaGa’s is giving birth to throbbing German-electro in front of a primetime audience on BBC3, Friendly Fires are reinventing time signatures for the 21st century and Josh T Pearson writes a masterpiece armed only with one battered acoustic guitar and a one broken heart... do we really need Tribes and their tired attempts to come across as the classic ‘good honest rock band’?

No, but with Kasabian on the cover this week’s NME, Johnny Borrell rallying his troops and the Kooks releasing an album this September it looks like we’ll probably be hearing a lot more from Tribes, whether we like it or not.