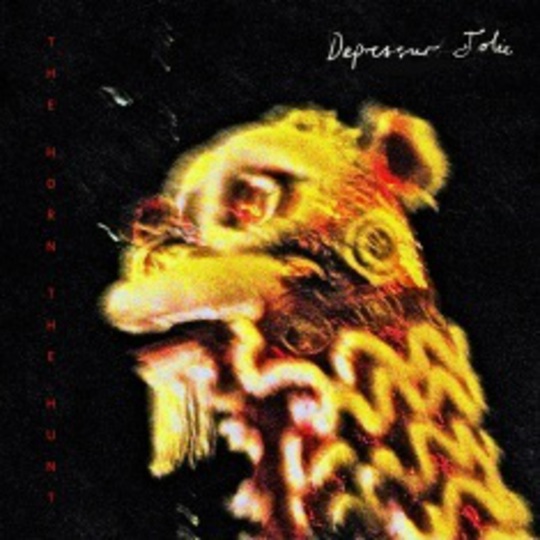 Concept albums should be awesome right? In Leeds based The Horn The Hunt's case, Depressur Jolie’s story is one filled with dangerous voyages that see them traversing the stormy waves of the world, tirelessly battling with countless dangers and terrifying beasts, a story that could only be part of the imagination. It’s that classic adventurer’s tale that’s epic just to hear in synopsis and unbelievable to behold once it all unravels in front of your eyes. It’s very different to the mundane domestic life that awaited the duo after the three year travels which formed the basis for the pair wanting to carry on making music.

Having been inspired by everything from the frozen tundras of Greenland to the canyons of Spain, the duo - otherwise known as Clare Carter and Joseph Osborne - have created an album befitting such a colossal canvas. Much of it is redolent of The Knife due to repetitive drum samples which systematically scurry around spontaneously setting a uniform focus, but it’s Carter’s voice that gives personality, flying away from the music's otherwise consistent drone.

Opener ‘Depressur Jolie’ marches on with the snare roll of a battling warship. Behind the pounding war drum is a battalion of methodical percussion. Carter’s voice sets everything free as it traverses and escalates with an empowering command. It’s similar to Beach House’s Victoria Le Grand as it never stops at one sudden point, but blows off in a whirlwind of emotion. Unlike Legrand and her heavenly hymn, Carter’s voice sounds burdened with bitterness, cracking with slight imperfections as she reaches those higher notes.

But delve deeper into the record and you’ll see how adaptable the couple are. There are the Oriental strings of ‘Old Town Cow’ and the warping lullaby of ‘Nowhere Near’, but it’s with the Knife-esque ‘Raptor’ and ‘Henry’s Out’ that everything comes together seamlessly. Both songs are scattered with a workforce of clicking drum samples, overseen by Carter's voice. The synths in ‘Raptor’ spark off with an electrifying refrain which perfectly accompanies Carter as she laments: “You assume I take everything, you assume I’ll be there, you assume I’d do everything.”

Depressur Jolie plays the call and response game perfectly. Like the precise samples they deploy, each member of The Horn The Hunt fits together like parts of a machine, both relying on each other symbiotically to enhance the aesthetic of the other. The Horn and The Hunt are fine partners.