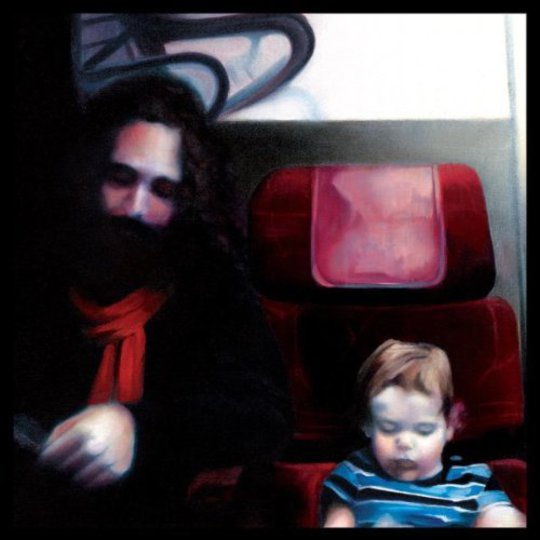 Compared with the consistent output of Godspeed You! Black Emperor, I've always found Silver Mt Zion albums to be patchy and harder to crack. Sometimes it seems like there is no handle to really get hold of the material, to really let it suck you in, and subsequently it can never entrance in quite the same way. The latest Mt Zion effort, Kollaps Tradixionales, was no exception, because while I enjoyed the tense orchestration and intelligent songwriting that made up much of the album, the vocals of Efrim Menuck turned me off. In parts they felt coherent, but in others they were affected and a barrier to unadulterated enjoyment of the record.

Well, the bad news is that Menuck's latest solo effort, Efrim Manuel Menuck Plays "High Gospel", bears more resemblance to A Silver Mt Zion than GY!BE. His singing voice is present on a few tracks, but the saving grace of this record is that vocals do not form its centre-piece. Often they are manipulated and looped, drawing them into the background until they become part of the scenery. This is undoubtedly a good thing.

Opener 'Our Lady of Parc Extension and Her Munificient Sorrows' rises out of squeaks and squeals to a duet male-female vocal line that is certainly comparable to material on Kollaps Tradixionales. It encompasses much of what Menuck has set his sights on in recent years – namely an uncanny mixture of triumph and sorrow, often achieved through seemingly jolly orchestral melodies combined with unsettling lyrics and a kind of nervous energy.

Shifting the mood significantly, 'A 12-pt. Program for Keep On Keepin' On' begins with a harsh analogue drone, soaked in static and layered with undecipherable vocal loops. On top of this Efrim lays down some typically soaring guitar lines with the delay turned up to 11, giving the track a strange cyclical nature. It ends in a rush of drums and distorted high hats underpinned with a four-to-the-floor stomp. Once again changing gears, third track 'August Four, Year-of-Our-Lord Blues' is a delicate three-minute major-key guitar composition, with bold, triumphant melodies. Short, almost uncynical songs like this and 'Heavy Calls & Hospital Blues' present a rising optimism in Menuck's work that I somehow find emotional and boring at the same time. The way they are recorded grabs my attention instantly, but soon after I find my ears waning and tiring at the sound. Closer 'I Am No Longer A Motherless Child' is another good example of this – its strange analogue loops are pleasing to the ear, but the multi-track vocals dominate the mix completely, while the somewhat saccharine fade-out ending is less than inspiring. Elsewhere, ambience takes over in 'Kaddish for Chesnutt' and 'Chickadees' Road Pt. 2', which are constructed with glistening feedback and textured background noise and both feature the requisite level of reverb.

This is a record that will probably appeal to many Silver Mt Zion disciples and some Godspeed fans, but it is unlikely to win over many newcomers. Despite its relative accessibility and 'melting pot' approach to genre and style, Efrim Manuel Menuck Plays "High Gospel" feels somehow forced, like it is the sound of a man who is a too conscious of what he is creating and lacking in other musicians to temper and contextualise his stunning guitar technique.

Beer in the Breakers