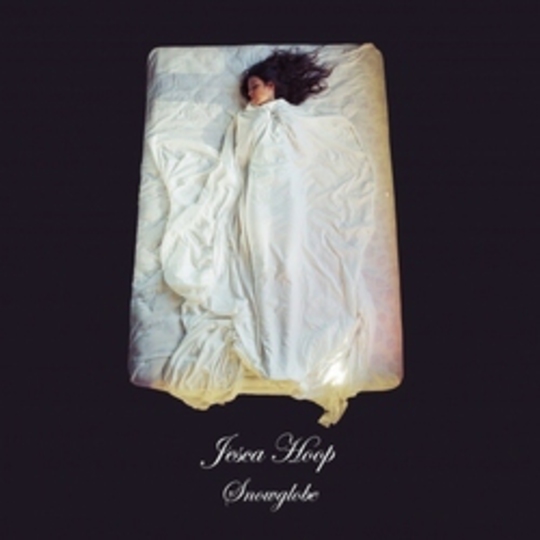 A charmed and chaotic path led Jesca Hoop to her current home of Manchester, England. Born in California to a Mormon family with trad-folk roots, she worked as a homesteader in Wyoming and with a rehab project for youngsters in Arizona before becoming nanny to the children of Tom Waits and Kathleen Brennan – and beginning to receive recognition for her music on Nic Harcourt’s KCRW radio show. Tours with the Polyphonic Spree, Andrew Bird and Elbow followed, and Elbow’s Guy Garvey took her under his wing; she moved to Manchester in 2009 and the city soon took her under its wing, too.

After two albums, Kismet and Hunting My Dress, she now releases the neat, febrile Snowglobe EP – her last self-released title (she has just signed to US label Vanguard, home of Isobel Campbell & Mark Lanegan, Merle Haggard and Levon Helm). At just four tracks, it is a concise but precise chapter in the Hoop story, a miniature bottling of her darkly perfumed ghost-tales.

Each song shares with the others Hoop’s trademark tendrils of melody – curling and spooling back and forth at unexpected, spooked intervals, they are buoyant and ballooning, as though carried on unseen wind-streams and air pockets. Her dusky, fluted voice is a plume lifted and buffeted by the same impulses; sometimes, especially on ‘While You Were Away’, it’s as though it’s escaped her altogether, is dancing and weaving independently of her.

Here and there you can hear elements of something a little ritualistic, perhaps residue from her childhood. The slowly overlapping, call-and-response vocals of the title track are almost sermon-like; there’s something about their cautious, mantra-ish layering – each note deliberately placed – that speaks of restraint and reverence.

In a half-second, however, the same song shifts from sombre to spirited; rallying handclaps and cries of “she sang goodbye” take over, casting aside the hushed atmosphere of trepidation. This is another habit of Hoop’s – while her songs are immaculately latticed and even ornate, they are at the same time almost liquidly mobile; they shift and shirk, slip into and out of focus. Though comprised of discrete phrases and rhythms that intertwine with an almost confounding complexity, they still amount to a hummable, singable whole – which is to say, their detail does not render them distant; rather, their thick-knit intricacy makes for something intimate and nightshade-warm.

And lastly, while Hoop tends towards a certain nostalgia – a sort of fireside-amber, incense-clotted heat that speaks of old homes and forgotten landscapes (“I’m your child in a snowglobe, this precious moment frozen”) – she’s neither maudlin nor cloying. Instead, these tracks have a quietly celebratory air – they’re an acknowledgement of times past, but not to the detriment of those to come; and the final track, the a capella ‘Storms Make Grey The Sea’, speaks of troubles being washed away and looks hopefully to the future (“You sit out there / Did you know what you were in for? / The change in air, when I stepped to the floor / You were blue, but now you’re green / For now you belong to me”). Clutch a blanket and curl close up.