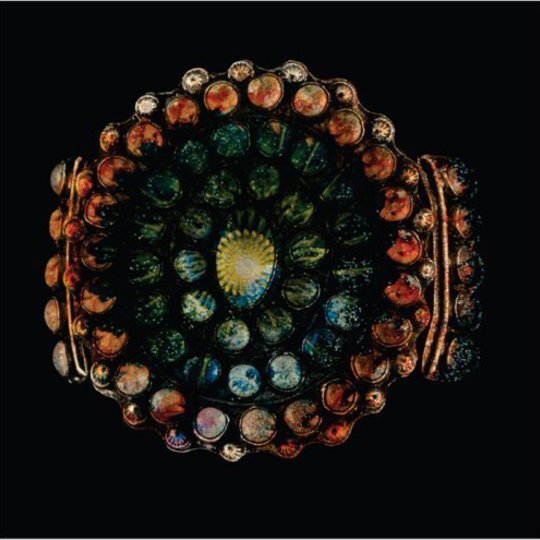 When you stumble upon an album and, after the fifth listen, you still haven’t garnered any idea which genre or genres to tether it to, it gives you a certain perverse sense of pleasure. See, it’s become far too easy to throw loose categories around like conspiracy theories at a Radiohead fanclub. And all too often, they're total bollocks. For example, are My Chemical Romance really ‘goth’? Do Green Day have anything to do with ‘punk’? Are The Wombats actually deemed ‘legal’? So when you come to the conclusion of an album and your mind buzzes with a hint of pleasant confusion, you know that in a sense, it’s been worth it. Variety isn’t everything, but if you don’t push your musical envelope every now and again, you end up trying to convince people that Jack Johnson is 'misunderstood', or that the new Leona Lewis song 'really is worth checking out'. And from that point on, it’s a tormented, painful existence. You have been warned.

Of course, unique and tricky-to-label music doesn’t necessarily have to be of a new style and form. It just needs to layer its myriad influences carefully and sensitively. And this is why Hiss Golden Messenger’s mini album is so aurally pleasurable. A little like Arcade Fire, it’s not so much that it’s anything ground-breaking, more that it’s so intelligently thought through and beautifully performed that it demands and gains your attention with a genuine, open-palmed charm.

The ever-changing and carefree flux of country, folk, blues and electronic chill reminds you in many ways of a more contemporary version of The Band’s early records, or Band of Horses if they were somehow to spend a summer working the land in Kentucky. Lead writer MC Taylor’s greatest strength is his ability to effortlessly shunt from style to style without it seeming unduly forced; From Country Hai East Cotton is a record where every about turn is, for the most part, well judged and well executed. Opener ‘Isobel’ for example, is sweet gospel blues, like Spiritualized on Prozac and candyfloss before swapping seats with the computer Conor Oberst momentum of ‘Watch Out for the Cannonball’ and the trip-hop soul (yes, really) of ‘John Has Gone to the Light’. But the record’s real gemstone is the gorgeous, shimmering ‘Row’. Simple and pretty in the same charming and childlike nature of Sufjan Stevens' finest moments, Taylor’s innocent chimes making for a warm, tender and soft centre to the record.

The true flesh on the bones is left for the final two tracks. ‘Lion’ is superb: piano chords heavy with portent collapse down into preacher-man verse before lurching into dizzying, woozy strings and razor-wire guitar. And then there’s the rumbling tank of ‘Resurrection Blues’: slow-moving yet thick with impetuous poise and devilish, whiskey-soaked insignia. Not content with flipping though the thematic pages, Taylor then even throws in a little stretch of dub reggae at the death to light the path home. The musical colours of the record are delivered in firm, confident strokes of paint, but they’re also coherently layered and blended in a way that makes the finished tapestry more contemplated substance than overcomplicated style.

Two things prevent From Country Hai East Cotton’s overall standing from fully matching the expansive promise of its scope and sound. Firstly, Taylor occasionally fails to measure out his pace precisely: for every effective and well-constructed instrumental bridge, there’s another that spills over the borderline into repetitive tedium. And secondly, the insouciant, slow burning tempo does at times prove a touch frustrating, as you wait for the songs to burst into some sort of conclusion only to be left mildly unsatisfied when they peak under the arc of their anticipated trajectory. Nevertheless, it’s important to reconcile these 'what ifs?' with the fact that ultimately, Hiss Golden Messenger have crafted an intelligent album dripping with blues, rainwater and swirled by smokehouse maturity. There is plenty of delight to be found within the seven songs contained on the record, but you suspect that the best is indeed yet to come. A little cautious pruning, combined with a continued love for such lushly-blended, simply-crafted flowers of sound and Hiss Golden Messenger could well be something that ultimately blooms fully, brightly and beautifully.