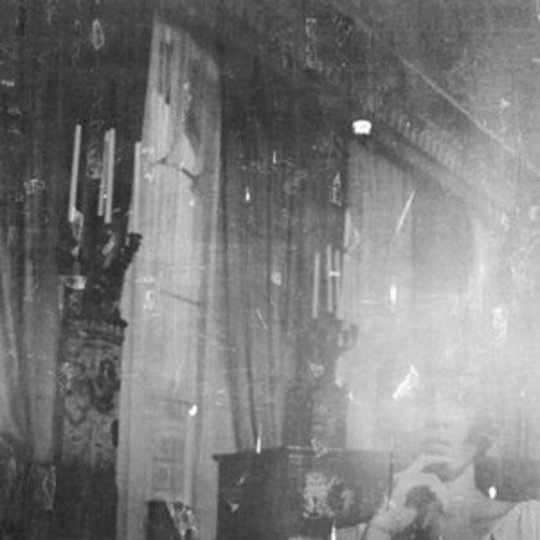 These days it feels like the relationship between pop music and the ‘alternative’ art rock has never been closer. If in the past college and indie rock acts made a point of differentiating themselves from the mainstream, contemporary artists have a more nuanced relationship to the charts, and pop’s own history. From Hype Williams’s twisted re-working of Drake, to Oneohtrix Point Never’s similarly ghostly interpretation of Fleetwood Mac (among others), bands today have a more inclusive – dare I say, post-modern – approach to chart tracks past and present. Instead of adopting a position of critique, these acts have a more fragmentary approach – selecting different elements to use, using some and discarding others. So in Oneohtrix’s compositions, individual lyrics are cut and looped; taken out of context even Chris de Burgh seems seriously beautiful. You can see the same process in Ariel Pink’s early records, sounding literally like some strange Eighties radio-recording, all disjointed riffs and cut-up harmonies.

It’s unlikely that there’d be any open kinship between these bands and Belong. Hailing from New Orleans, the two-piece act recorded their first record, October Language, some seven years ago. In between came Hurricane Katrina, delaying a proposed follow-up; in the meantime Belong’s music shifted from Tim Hecker-esque drone landscapes into something altogether different. Common Era comes on the heels of a covers EP of pysch-pop songs (including two Syd Barrett numbers) - re-workings that took the elemental strangeness of the original tracks as the starting point for a sonic overhaul, layering delay and reverb to re-shape the whole song as an otherworldly sound-scape.

Indeed, just as acts like Hype Williams or oOoOO turn the latent melancholy of modern pop music into an aesthetic, so on Common Era Belong have turned the inherent moodiness of Eighties post-punk and new wave artists into an art-form in itself. ‘Perfect Life’, with its echoic, pounding drums sounds like nothing so much as an even more glacial ‘She’s Lost Control’, the vocals subsumed under a tide of delay, hidden deep in the mix. Common Era offers a feeling distilled over an album, the sense of otherness that acts like Joy Division or Syd Barret explored stretched over an entire glacial landscape.

‘A Walk’ similarly layers sighing vocals over a stubbornly repetitive beat, synths humming quietly in the background, while ‘Never Came Close’ sounds like a wonderfully austere, washed-out version of the darker moments of The Cure. That’s not to say the album is all gloom - ‘Make Me Return’ ends with subtle layered harmonies that lift the track out of the murky sonics. Elsewhere the band stick with straight-out ambient drone: ‘Keep Still’ is a Grouper-esque wall of melancholy vocals and wall-of-sound instrumentation, and album closer ‘Very Careful’ sinks the drums to a vaguely discernable background patter underneath crackling, lo-fi keys.

Common Era is an undoubtedly beautiful record, one that delves unflinchingly into the sense of alienation in Eighties new wave, blending it with an ambient sensibility that makes for compelling listening, driving closer to the spirit of the era than faceless pretenders like Editors could ever get. Still, it’s a difficult record - by diluting the vocals you feel that the band deny their songs the personal element that made Robert Smith or Ian Curtis’s work so engaging. When Oneohtrix filter Eighties pop through their prism it feels like an act of re-appropriation – personalising the previously impersonal. Here Belong have depersonalised an already stark landscape, making a record that’s easy to admire but hard to love.