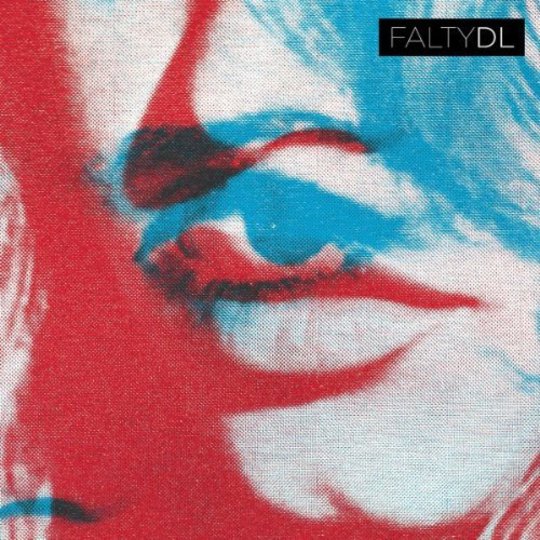 Two years ago, Drew ‘FaltyDL’ Lustman had no product released on vinyl and no profile to speak of. Two years later, he has a discography that could justify its own section in the tiny amount of brick-and-mortar dance record stores remaining, and teeters on the dual brink of indie acceptability (Jamie xx remixed his ‘Hip Love’ single from a few weeks back) and neo-garage’s inner sanctum (getting invited to DJ on Rinse FM). In a scene – the one best placed under the blanket of ‘bass music’ – that mutates and shifts its goalposts with a rude briskness, the New York resident’s fierce workrate and ever-open ears makes him a fine ambassador.

At least, it would if he wasn’t from New York – which, as much as its dance history has had a formative-to-considerable influence on some of the styles Lustman channels on his second full album, isn’t the place to find most of FaltyDL’s closest sonic peers. He’s spoken of his love of UK pirate radio, and the lack of anything much equivalent in the States; You Stand Uncertain is dripping with its trickledown influence, not just Rinse and its descendants but the hardcore and jungle frequencies of the Nineties. ‘Course, Lustman was too young, and on the wrong continent, to hear them, but the chopped-up rave samples scattered throughout these 12 new tracks let you know he’s been putting in research. There wasn’t much that sounded like the pitched-up Orbital stylings of ‘Open Space’ on his 2009 Love Is A Liability debut LP, or Bravery mini-set from later that year.

Chances are it’s his status as an outsider to the UK bass love-in that helps him stand out in a currently crowded field. Beats and synth sounds might be there for the replicating, but Lustman’s heritage is not found in Plumstead towerblocks, and he’s right not to try and emulate it too much. As such, there’s an abstract clatter about the drum programming on tracks like ‘Eight Eighteen Ten’ which bears traces of olde worlde Rephlex-y electronica, as well as 2010’s quasi-garage critics’ love interest, Actress. Similarly, what might have been quite a… straight UK garage turn, ‘Play With My Heart’, is undercut by a sleepyhead ambience. This shouldn’t be mistaken for overt smartassery or inaccessibility: it’d hardly be a stretch to dance to anything here.

The effort to ensure a feminine touch by employing the vocals of Anneka (who featured on the last album by labelmate and fellow Stateside Anglophile, Starkey) and Lily McKenzie (most recently heard on Funkystepz’ ‘For You’) pays off, although FaltyDL can do similar good work with a mere vocal sample. Take the title track, a bombardment of techno-sounding hi-hats which would otherwise be the most macho part of the album. ‘Macho’ is used pretty relatively here, you understand: ‘Lucky Luciano’ follows, and while its attempt to jock the sound of some long-lost Bizzy B dubplate from 1993 is impressively authentic, the helium jungle retroaction is tempered by percussive flourishes that seem to have more to do with the steel-pan joy of UK funky.

Unwittingly or not, You Stand Uncertain finds Lustman tying together three periods of his record label’s output – the more considerate, less abrasive IDM heads from about a decade back, the mid-to-late-decade rave revivalism and the questing garage quilt-patchers of capital-N Now. In that Planet Mu jumped on FaltyDL before they did comparable producers – Brackles, Ikonika or Subeena – you could, in a small way, consider him a pioneer. His music couldn’t quite be described as such, but it’s getting increasingly individual with each release.