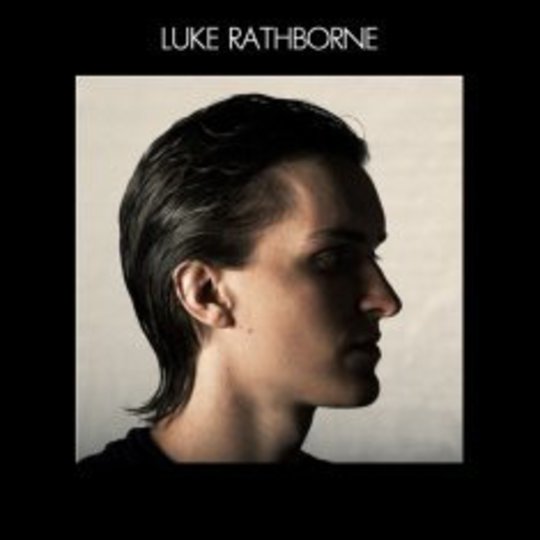 If you read between the lines, Luke Rathborne is not as fortuitous man as his promoters would have you believe. Despite oft-referenced backing from Devendra Banhart, a cursory search of the interwebs shows you his debut album Hello Dark Prince sank without a trace.

Still, the now 22-year-old singer/songwriter is back, apparently still lauded by Devendra, managed by Ryan Gentles of Strokes fame, and with a backing band that includes Tahrah Cohen and Julia Kent of Anthony And The Johnsons.

Despite encouraging support, if you’re looking for music that offers something new to a well-trodden genre you’ve come to the wrong place; a cursory glance at the track listing (‘Tomorrow’, ‘I Can Be One’, ‘Sad Days’) will tell you this. Rathbornes’ citing of Van Morrison and The Verve amongst his influences would only serve to petrify a sense of treading water, although a more realistic list would feature the likes of Ryan Adams or Tom McRae, both in the earlier stages of their careers.

To its credit, while drawing heavily on the established landscape of its forebears, over the course of its eight tracks this mini album takes in a wide sonic palette, from the threadbare and exposed to the rich and orchestral, throwing in a punchy, rockier opening track for good measure.

Some of the record’s highlights are in its arrangements, courtesy of Maxim Moston, a man whose CV includes, along with writing for Anthony And The Johnsons, the elaborate soundscapes of Rufus Wainwright’s Want One and Want Two. ‘Solon Town’ is a particularly strong example, and one that very much calls to mind early McRae. As the song opens, finger picked guitars interplay with a soaring violin as Rathborne’s delicate and well-observed vocals take centre stage. As the song develops the arrangement increases in complexity; fluttering arpeggios form the framework of a delicate polyphonic interplay between a clarinet, French horn and the same violin. It is rich, well-structured and heartfelt. Sadly, and somewhat incomprehensibly, it is also ruined by an uncharacteristically poor vocal turn from Rathborne, who repeatedly intones "Halleluiah" in a manner so strained and out of tune that it calls to mind a contestant on the earlier stages of Britain’s Got Talent.

Elsewhere, Rathborne's vocals impress. He is possessed of the ability to as easily adopt a gravelly rasp (‘Tomorrow’), as a ghostly, haunting falsetto (‘I Can Be One’), a performance that calls to mind a less androgynous Thom Yorke. His strengths as a songwriter are also evident – a number of songs are well-structured and moving, although not without flaws – lyrically there are moments that demonstrate an alarming lack of self-awareness, exhibited all too clearly by the opening lines of ‘Dog Years’ “‘My friend and me, moving through the cobwebs so high/we can go fly/we can get high”. There is also a tendency to over-rely on a catchy hook; ‘Tomorrow’, the album opener, repeats one vocal lick so often that not only has the death rattle sounded, but the ashes spread.

There is clear potential within this eponymous release, but whilst Rathborne can sing well and pen some half-decent tunes, he will need to work harder at the latter, and apply more rigorous quality control to the former, before he can legitimately stand amongst those whose music he seems set to emulate.