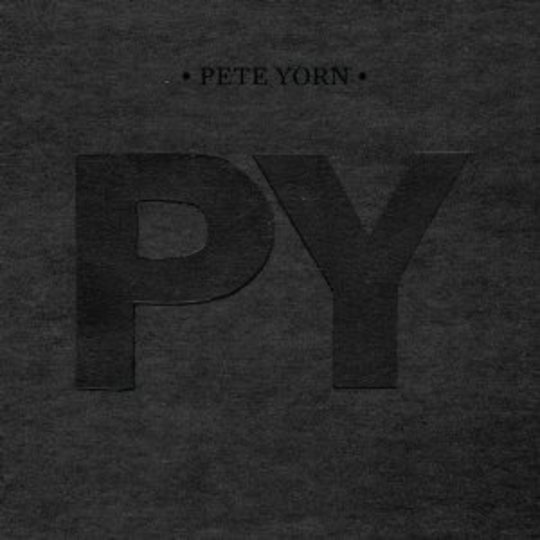 'Diminishing returns'. It's a phrase that gets bandied about a fair bit in reviews, but what does it really mean in terms of artistic careers? Simply put, it means that most artists seem to come out of nowhere with a big debut album. There is excitement, positive interest and a new, growing audience. As time passes, the next album comes out, and because that artist has had their whole life to write the first album album and only a year or two to write the second, those albums rarely seem to meet heightened critical expectations. The bar is raised, but the run up is shortened, if you like. Hence all those 'difficult' second albums, the many sophomore slumps.

Many career artists tend to recover and pick up the slack as time progresses. Even if later efforts rarely match the intensity or create the impact their early work once did, there is a fan base, and a living to be made. Some never get their mojo back and fade into obscurity, others show flashes of their initial talent and release one disappointing album after another. This is where Pete Yorn finds himself. In 2011, ten years after the superb radio friendly college rock of Musicforthemorningafter, he is yet to deliver an album to match it. The more successful (in the US, at least), Day I Forgot, was patchy, with a few great guitar driven singles hidden in a sea of kibble. Nightcrawler is worse, so below par that a two year old half-baked Warren Zevon cover is a stand out track. From being touted as the New Springsteen to being next to nowhere in five years flat. That would appear to be the very definition of diminishing returns.

His most recent albums, including the Scarlett Johansson collaboration Break Up have seen reviews on the sour side of mixed, but have still sold reasonably well. So with the fickle limelight shining upon him once more, there could be no better time to release a great album and remind everyone what the fuss was about in the beginning. It would also bring the batting average back up. With some regret I must inform you that this is obviously not the case. Pete Yorn's eponymous album is an extremely poor effort all round.

Recorded with Frank Black as producer, you'd think the odds would improve and that there would be a little more of a raw edge to the guitars. But there is no pixie dust to be sprinkled here. Instead the listener is presented with a generic rock album recorded over five days in 2008 in an impromptu studio. That isn't to say it sounds sonically bad, with the mix presumably tweaked substantially since recording took place. The underlying concern with the album is the songwriting. It feels slapdash throughout, with rhyme patterns only carrying on as long as Yorn can be bothered, or with lines ending lazily on the same word.

This lackadaisical approach is embedded in the lyrical content, and the delivery it. 'Velcro Shoes', a song about the joy and energy of youth that actually seems to have a bit of real vim to the playing, is hamstrung by the vapidity of the childlike sentiment expressed. "Got new shoes today my friends / I hope you like them, they have velcro straps / Think I'll wear them home and then / Decide to take them off and take a bath / OK."

After many plays, desperately looking for a positive to be gained from an album that is in turns boring and moderately annoying, there is very little to report. At points the tempo picks up from a plod to a lively canter. Sometimes even hoary subject matter like touring, on the cunningly titled 'Rock Crowd' can raise a little cheer if delivered with enough naive charm. The first four tracks are moderately effective, if listened to repeatedly. The album cover has a nice photo of Pete Yorn on it. No, that's it. I'm all out of positives.

The questions that this album raises are legion, for they are many. Firstly, how did this get out of the gate? Was there contractual obligation involved, or was it a simple quality control error? Why did it take nigh on two years to release these songs if there were two full albums in between? If the material was good enough, wouldn't it have featured on those releases, even in alternate forms? Will this physically keep better records out of the racks? Where is the stuff of old?

Some of those questions could be explained by technicalities, contractual terms, recording and release timescales, different types of albums and such. The last question, though, is different. Ten years in, and six since an album with any substantial merit make it a hard one to answer. But if Pete Yorn puts out many more uninspired efforts like this, will anyone remember to ask?