Look at What the Light Did Now 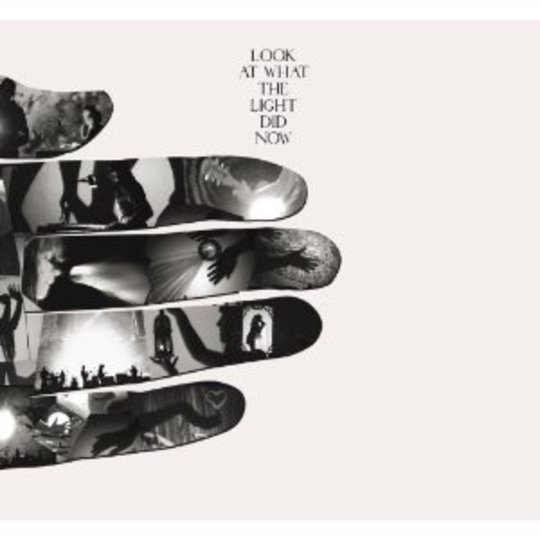 One of the most telling moments in Look at What the Light Did Now occurs near the start, as photographer Mary Rozzi ponders the singer Feist’s reluctance to place herself at the centre of attention: “She’s uncomfortable in front of the camera,” she surmises; “I’m still trying to figure out why.”

It’s a good question – why this talented, naturally beautiful woman lobbied not to appear on her own album cover – and the answer lies in the piece as a whole. LAWTLDN is less a ‘making of’ film or document of life on the road than it is a celebration of collaboration, pure and simple; it just happens to be Feist’s wonderful The Reminder (2007) that is being collaborated on. The enduring impression given by the singer is of someone well aware how her material is likely to be perceived and at pains to get things right, something she accomplishes via surrounding herself with musicians, artists and directors that she trusts unreservedly. It’s not really all about her, though of course she’s the engine to everybody else’s wheels.

This much is clear from her long working relationship with Chilly Gonzalez (there’s some priceless footage of the pair busting out a jam on the Presidential Suite tour of 2002 here), who candidly discusses his disappointment that Feist envisaged The Reminder as something different to their previous work together from the off, opening up the process to take in a loose full-band feel and decamping to La Frette Studios in France (a converted mansion) in the process. Director Anthony Seck is at his best in these sections, perfectly capturing the excitement and frustration inherent in the creative cycle. Fans of the album will thrill at seeing long takes where anything to hand doubled up as percussion, the singer determined to record ‘The Park’ outside despite the myriad logistical problems it posed, or simply stomping about the place with an acoustic guitar in order to establish an opening rhythm.

The film itself flits from montages to interviews, live performances to extended pieces dealing with one facet of the album or world tour that followed (there are some brilliant asides, not least Feist’s childlike delight at meeting Kermit Frog (“Oh my God! I love you!”)), but it does so in a manner a million miles away from the MTV school of editing that pervades so much of this kind of thing. It is in turn leisurely and impressionistic – give it 15 minutes and you’ll be well accustomed to the colour and style. Interspersed are cuts from a couple of extended interviews with the singer, where she contemplates her status as an increasingly successful artist.

LAWTLDN admittedly comes close to laying it on a bit thick regards the importance of unity. The theme is something it comes back to so often (whether that’s in the making of the iTunes co-opted ‘1234’ video or any of its live footage) that it doesn’t, perhaps, need to be spelled out so much by all involved. Yet, the very act of doing so makes the importance of this group of people to each other all the more apparent, and the focus on process as opposed to product means that while those familiar with The Reminder will find much to love, lack of familiarity shouldn’t drastically impede enjoyment.

Seck has compiled a great raft of interviewees here – from Canadian indie stalwarts Kevin Drew and Brendan Canning through Patrick Daughters, Clea Minaker and Simone Rubi (the latter three responsible for Feist’s striking videos and visuals respectively; look out for a particularly amusing anecdote regards the ‘Mushaboom’ video shoot from back in the day). The comfort and pleasure taken in this sense of community permeates the song from which the film takes its title, written by Californian songwriter Little Wings (Kyle Field). Seeing it performed by the pair as they recline in a rockpool makes for a great kiss-off, the track also book-ending the bonus CD in solo and duet form. It is hazy, primitively recorded and lyrically difficult to comprehend, but a thing of understated, scratchy beauty nonetheless. Much like the film itself, then, and absolutely worth your time and attention.

Video: Look at What the Light Did Now trailer