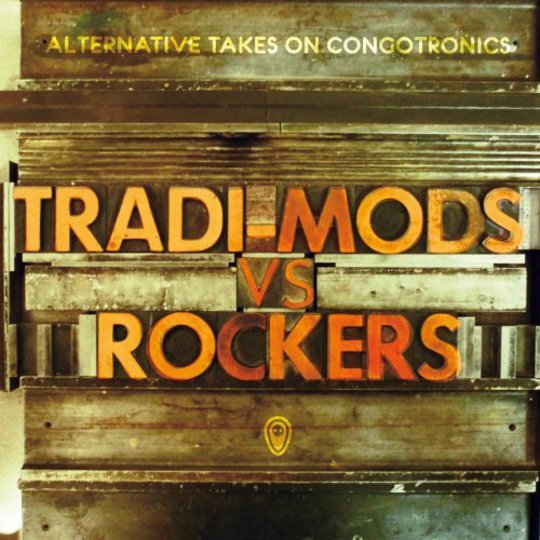 When reviewing Assume Crash Position for Pitchfork earlier this year, Douglas Wolk expressed some reservations about Konono Nº1 and their relationship to studio recording and conventional song/album structures by contesting that they are essentially a band limited by their form. A wonderful, thrilling, inimitable form it may be, but it is one, Wolk argues, that presents certain limitations, nonetheless.

His review concludes that the band can only truly exist and breathe in a live environment where their scrappy, skittering, rambling formula is free to occupy any temporal and spatial dimension that it desires, but further than that, he also suggests that more studio time would likely induce divergences from their magic formula in a regretful attempt to conform to conventional album concepts of progression and variation. As he states when discussing the moments on Assume Crash Position that attempt to kick away slightly from their core rhythms, ‘the formula beats all of the divergences’.

If this really is the case, then Crammed Discs have provided the perfect solution. Alongside Kasai Allstars and other Congolese artists who specialise in the art of melting traditional rhythms with electric shocks (known as ‘tradi-modern’) under the umbrella of the Congotronics name, Konono Nº1 have offered up their music for an album of remixes, reinterpretations and completely new visions from a range of artists who take the buzzing Congotronics groove as their starting point before rushing of in a number of different directions to create an absorbing two-disc collection of delicious ‘divergences’.

Animal Collective drag their track beneath the surface into the same world pictured on the inside sleeve to Merryweather Post Pavilion, a bobbing, echoing underwater murk punctured with shards of dazzling colour. Tussle hit out with a whistle like a scream as their vision smashes into beat, their breaking-wave cymbals allowing everything to rise and drop until it is nothing but an ebbing froth, and then back again. Woom upload the bones of a Kasai Allstars song and allow it to get stretched and torn between manic circuit board vibrations, whereas Arsak Maboul provides a drowsy acoustic refrain that gradually expands into a glistening, twinkling sway before a dip into darkness and a vocal burst to lift it completely. Alla, however, provide the undisputed highlight, somehow managing to be delicate, epic, elegant, menacing, fragile and muscular all in just over four minutes.

For an album made up of the contributions of 26 different artists, each with their own individual vision, it’s odd how cohesive everything here feels, coming on less like a disparate collection of songs but more an actual album with a single vision. But then, in many ways, that’s what it is, with the traces of heady and hypnotic Congotronics rhythm acting as the one constant that allows each track to share at least a tiny drop of the same DNA. In turn, this brilliant collection becomes more than just a quaint and perfunctory exercise in interpretation, and instead often exists as an enriching ballad to the joys of musical imagination and inspiration.

Celebrity Come Down With Me