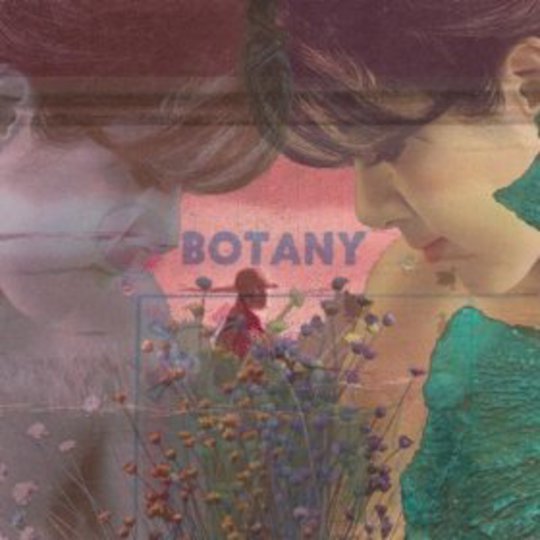 With the sun kissed tones of chillwave having left a discernable tidemark on the makeup of financial crisis-era indie, a lack of notable recent releases from the genre suggests the sonic promise of surf and sand may have already peaked - retreating back into the sea of ever evolving musical reference points. Yet as with real waves, a few things are inevitably washed up sometime after the main storm has passed, in this case a five track EP by Texan laptop whizzkid Botany (22-year-old Spencer Stephenson), a record that - however hazily charming - sounds distinctly like it’s arrived at the party a little too late.

Seconds into the psychedelia infused lo-fi shimmer of opening title track ‘Feeling Today’ it’s immediately clear where Stephenson’s debut is heading (yep we’re off to the balmy dreamlands of eternal sunsets and limitless Mojitos), with a lush mid-point vocal-sample coax to “Take your time, throw your troubles away” pushing the track towards the blissful serenity inhabited by the likes of Gothenburg’s Air France. Unlike Sweden’s balearic adherents though, Stephenson seems unwilling to embrace the full-bodied pop that lends such sample orientated music its emotive power, instead prioritising the construction of layered sound textures over the production of memorable melodies. Take ‘Waterparker’ for instance. Feeling Today’s centre-piece, it works perfectly ok as a semi-catchy loop of collaged rhythms, instrumental flourishes and ambient noises, yet feels like a marked waste of potential given the way the track’s superb individual elements could have been enhanced immeasurably if focused around a more linear pop hook.

Any lack of real melodic ambition does however bestow a rather inspiring silver lining on ‘Bennefactress’, with intricately detailed arrangements of music-box tinkles and exotic bird song conjuring up images of a magical forest not dissimilar to JG Ballard’s The Crystal World – a blossoming soundscape made special by the decisive lack of formal structure. Closing with the instantly forgettable filtered throb of ‘Agave’, it seems Botany won’t be joining the likes of Washed Out and Toro Y Moi on the beach of contemporary pop rapture anytime soon. Instead Stephenson’s undoubted talents as a sophisticated DIY arranger of samples will, with a bit of luck, see him pollinate the ground as a kind of ambient Girl Talk.

With A String Quartet. On A Boat.