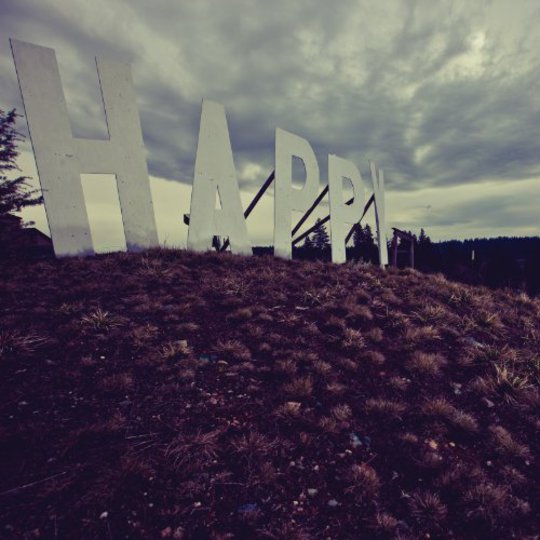 Extreme technicality has traditionally never gone hand in hand with pop music, regardless of how talented those working within this sphere may be. There’s something about guys (usually guys...) shredding away on their guitars that, more often than not, gets in the way of those old fashioned concepts of ‘melody’ and ‘structure’. Having said that, Tera Melos are not the first band to attempt to combine math rock influences with poppier elements. Success stories from this bracket include the likes of Maps and Atlases, Marnie Stern, and the admittedly less technical Foals; yet striking the right balance hasn’t always been so effortless.

To label Patagonian Rats a pop album would be an almighty stretch, yet this is perhaps the closest Tera Melos will come to making one. Most significantly there have been audible vocals added to the mix this time around, with verses and fully blown choruses mixed in among a tangled web of sporadic guitar and drum patterns. The album is certainly not short of a great melody or two, but following one of them through and building a song around it proves problematic. It’s as though Tera Melos become quickly bored of their own ideas, and just as you begin to warm to a new direction or time signature they’ve already left it behind in a flurry of instrumentation. ‘In Citrus Heights’, for example, is a song which contains a handful of great separate parts that have been confusingly packaged in a tight, directionless bundle. In time the song stumbles upon one of the album’s best melodies seeing it through to its climax, but you can’t help wonder how on earth you got there.

For some listeners this spontaneity might excite, but it can be tiring work trying to keep up with the band as they switch tempo and even genre at the blink of an eye. Interestingly, one of the band’s more focussed efforts is the eight and a half minute long ‘Trident Trail’. Given the longer song length Tera Melos are able to elaborate on each segment, splitting the song into three nicely measured phrases. The last of these sections is where the song really comes into its own, breaking off from the chaos into a simple guitar part which is unexpectedly, yet effectively joined by a saxophone. It’s more smooth jazz than prog rock, though, and a lot better than that sounds.

Other high points fall early on, with ‘Aped’ and ‘Skin Surf’ providing successful attempts at writing math orientated pop songs. With their punchy, singalong choruses, and intricate yet engaging musicianship, songs like these could almost have formed the blueprint for Patagonian Rats. Unfortunately, the album slips up in its second half as each fiddly guitar section begins to bleed into the next. There are still passages which jump out, such as the mostly superb ‘Party With Gina’, but there almost comes a stage where so many notes have been digested that your brain is refusing to take on board any more. I suppose that’s why technicality and pop music don’t really mix, but this record remains a charming and at times convincing attempt to fuse the two.

Light of a Vaster Dark