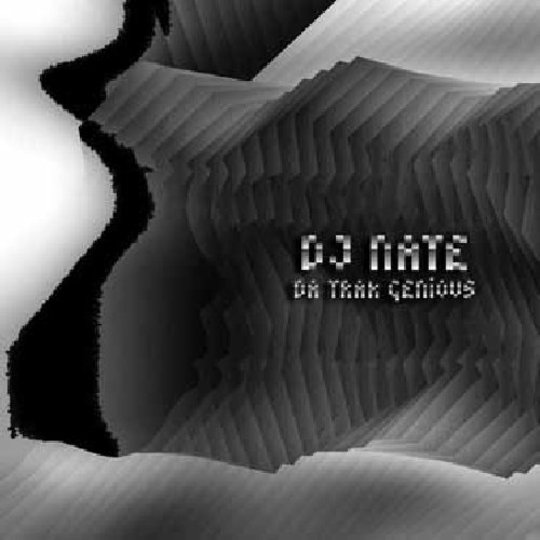 Whether in the context of ‘music criticism’ or merely talking smack on the internet, at certain times it is best for you and everyone else if you take a step back and admit that there are big swathes of music culture that you will never have a proper handle on. It’s not a big deal, you’re still allowed to like it, but no matter how much stock you put in this being the era of the global community and whatnot, if you live in the UK you basically don’t know shit about the Chicago footwork scene, in which DJ Nate is a central player. You can watch every last YouTubed cameraphone clip of dorky-looking kids in school gyms and not be any closer to getting on the other side of that window – so from one trendhopping outsider to another, let’s talk about the great and totally fascinating music on Da Trak Genious.

Footwork is so called because it’s explicitly made to dance to – footwork the dance style is this nutty crossbreed of breakdance, tap and maybe a bit of voguing. It seems to be largely practiced by people in their teens (Nate himself, full name Nathan Clark, is only 20 and has been a producer for five years), meaning that a large portion of the scene wasn’t even alive during the halcyon days of Chicago ghetto house, which begat juke house, which begat footwork. The imagery and iconography at play here suggest this is a branch of rap culture: songtitles on Da Trak Genious, often stemming from the vocal samples Nate snatches up, pitches up and loops to fuckery, include ‘U Ain’t Workin Wit Nuthin’, ‘Hatas Our Motivation’ and ‘Go Hard’.

If some crazy cat wanted to be a kind of modern day Alan Lomax of black club music, they could probably walk some highways of influence from footwork to Baltimore club to Detroit ghettotech and down to Miami bass, or whatever combination thereof. (I’ll start: DJ Godfather’s Da Bomb Vol 2, from 1999, is a ghettotech mix CD which features Waxmaster’s ‘Footwork’, a ghetto house track circa ’95 which I assume inspired the genre name on some level.) Yet the real intrigue factor, especially for someone living on an island smaller than some American states, is how fiercely localised these scenes remain, even after a decade or more. Maybe time spent investigating it will alienate you. Or maybe your reaction will be similar to Mike Paradinas, who runs the Planet Mu label and whose footwork-induced boner has led him to try and license as much of it as he can manage, or Headhunter, whose rad ‘Footcrab’ 12-inch sounds like what it is, namely a dubstep head having a go at making footwork.

So I should probably talk about the music on Da Trak Genious. It’s some of the most contradictory sounds you may ever hear: about as raw as synthesized music can be, helped by the fact Nate makes it on a PC at home and then tends to throw his tracks up online without even bothering to release them, and yet repeated exposure to the repetition renders these soundclashes of Casio thud, cymbal clap and earworm catchphrase weirdly… soothing. Assuming you’re not some kind of hardcore continuum Michael Flatley, you might listen to the alarming rush of the drum patterns on, say, ‘Footwurk Homicide’ and wonder what the hell you’d do if this came on in a club; still, people have wondered much the same thing about jungle, grime and dubstep, and probably continue to.

As with jungle or breakcore, the velocity of some of the breakbeats lend a feeling of aggression or machismo, but aside from the odd monster bassline that might have been ripped from an M.O.P. joint circa 2001 or whatever, Nate’s sound is so slender – if he worked in analogue, he could probably make most of this on a four-track – that it never feels oppressive. He also uses a slew of female vocals, most notably on ‘Call Me When You’re Sober’ – yes, that is an extra-squeaky Amy Lee that Nate’s scalpeled out of that fuck-awful Evanescence song. Works rather well, actually. Sometimes he’ll use voices in a way that pretty much divorces them from gender, such as the robotic call-and-response amidst the fucked-up electro styles of ‘Go Hard’. That, or just running together a loop of the lyric “he ain’t ‘bout shit” so it sounds like “emotion”.

One of the reasons Nate’s productions sound so extraordinary, I think, is that they take influence from so many strains of music, each in near-imperceptibly small amounts – the end result being that Da Trak Genious barely sounds like anything else out there. If you wanted to be a cheeseball about it and drop some cod theory, you could say it’s an album to soundtrack the lack of a monoculture. As I said, Nate and his crew come at least in part from a rap background (according to his self-penned biog, he was inspired to make footwork tracks by a juke/pop crossover oddity called Tha Pope), but hip-hop is only a sliver of what goes into these jams. This is music made in consummate DIY fashion by someone who comes off as wildly ambitious and self-regarding (I mean, Da Trak Genious is Nate’s nickname for himself) – another contradictory stance, one which most people doing genuinely new things with music have exhibited to some degree. Honestly, this record might drive you up the wall after five minutes, but unless you’ve lived in west Chicago for 20 years I defy you to tell me it’s a rehash of a bunch of stuff you’ve heard before.