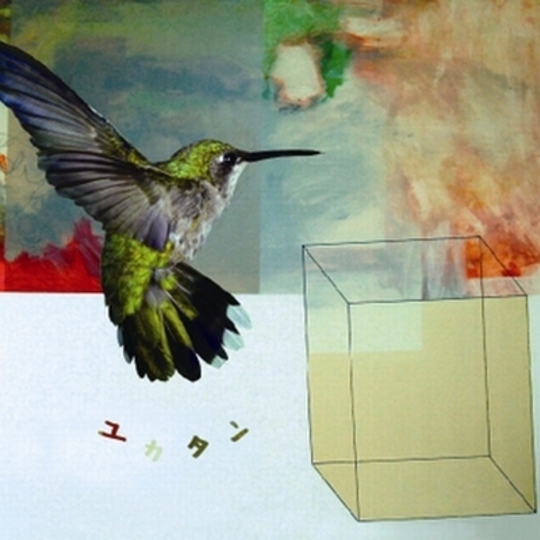 There’s an elephant in the room. Yucatan bear the influence of a certain ethereal Icelandic outfit so heavily, they must be sick to death of having that band’s name permeate their reviews, so I’ll do my best to buck the trend. But that might be difficult, because despite Yucatan abandoning the Reykjavik studio that yielded their debut album in favour of a North Wales cave for this EP, the air’s still thick with the patronage of, you know... them.

In fairness, Yucatan do have some distinguishing features, and not just Dilwyn Llwyd singing in Welsh rather than Hopelandic. They’re a more ragtag concern than Jónsi’s lot – what they forfeit in the Icelanders’ power and melodrama, they make up for in a certain rustic charm. This serves them well for Enlli's first two tracks, where Llwyd’s vocal melancholia is shored up by the band’s rousing, upbeat accompaniment. Opener ‘Cur’ is their ‘Hoppípolla’, defying the occasional clumsiness to deliver moments of genuine beauty, while the breezy ‘Llawer Uwch’ has the restorative quality of a brisk walk across Snowdonia.

It’s when things take a turn for the morose that the EP’s charm evaporates. The dour ‘A Oes Ymateb’ is mercifully brief, though the same can’t be said for the 12-minute closer ‘Y Llif’, which is sunk by its unbearably ponderous tempo and Llwyd’s draining vocal lamentations.

Enlli certainly has its moments, then, but its failings are inescapable.