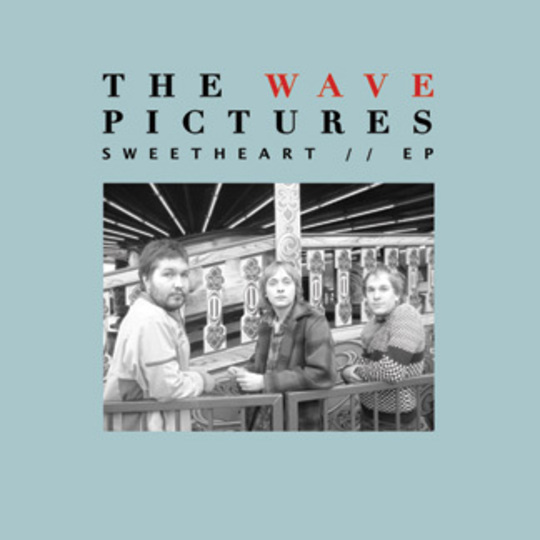 In Dorian Lynsky’s pitch-perfect assessment of The Drums’ debut record, he kicks things off with some mild hand wringing over the state of indie in 2010, wondering ‘When did "indie" become a meaningless label?’. His potential hypotheses include Nirvana signing to Geffen and making more than just America’s malcontent youth bolt up and take notice, the rise of Britpop and, less specifically, ‘a series of gradual cultural shifts and compromises, which turned a badge of outsider identity into a soundtrack for the mainstream’. In his attempt to get to the bottom of things, he also references a recent piece by Rachael Maddux for Paste magazine called ‘Is Indie Dead?’ an exhaustive and on the whole worthwhile effort to answer the question, or at the very least provide a framework for the issue to be considered and debated. A thorough examination at almost nine-thousand words, it all leaves you wondering what indie could really have been in the first place, has ever been, so in turn, fucked if you can tell anyone what it all means now, and almost yearning for the blissful simplicity which posits that indie begins and ends with a sloppy snakebite, black walls, a sticky floor and a reluctant and sobering, ‘is this really my life?’, arms-aloft rendition of ‘I Am the Resurrection’. So I can’t even begin to be bothered to try and work out WHAT IT ALL REALLY MEANS here, because it’s probably a question with no answer and I’m too exhausted by all the conjecture to add to the guesses.

But then The Wave Pictures come along and all the fuss and bluster fades to an inconsequential whisper. Oh The Wave Pictures, you dear, dear Wave Pictures, a balm to these burning questions, a fistful of Valium as the plane races to give the floor a big scary hug. This isn’t to say that I’m pushing The Wave Pictures as the ‘Saviours of Indie’ (although they probably are), or the very essence of indie (although thy probably are), or a perfect example of exactly what indie music should be (although they probably are). My point is that the band that would no doubt be tagged with an indie-pop label (god…what happens once we add pop? Is it all change again?), but the sheer beauty and soul and wit of the music and the skill and care and passion involved in creating it, makes any ‘state of the union’ style pondering over genre parameters and chin stroking attempts for cast-iron classifications quickly dissolve into nothing. I’m not being wilfully ignorant and pretending that these questions are completely insignificant and irrelevant. It’s just… I dunno. Who can be bothered to think about them when music this wonderful is playing? It’s a bit like falling madly in love and trying to keep a part of your brain constantly weighing up the nuances of sexual politics in 2010, attempting to understand how things between men and women have changed with the passing of time and establish where your burgeoning relationship fits with current trends. Important questions perhaps, but not right now, someone else can worry about it for now.

I’ve always thought that boredom is an underrated emotion. Heidegger said that (it’s ok, this is all Wikipedia, I won’t even pretend that I read this quote in context) ‘Profound boredom, drifting here and there in the abysses of our existence like a muffling fog, removes all things and men and oneself along with it into a remarkable indifference. This boredom reveals being as a whole.’ Which I like. Anyone can quite happily drift through on constant larks and japes and fun and adventure and feelings and…stuff. But there’s nothing like your own company and a lack of immediate distraction or stimulation to bring your entire existence into sharp focus. Sitting on a fogged-up bus and relentlessly staring at the opaque window simply because there is nothing else to look at might seem as far away from living as almost everyone would have you think, but these moments matter, and they deserve attention. Darren Heyman understands this, Let’s Wrestle created an anthem for this feeling with ‘My Schedule’, and The Wave Pictures understand this. If I said that David Tatterssal sings and writes like a man who has seen some boredom in his time, I’d like to think that people wouldn’t automatically see this as a pejorative statement, and instead understand that it’s intended as high praise in an effort to acknowledge his ability to deftly articulate the myriad minutiae that jump to life when time is slowed, and the unexpected impact and influence they have on the bigger picture.

It’s there in the opening line of this EP's title track ‘Sweetheart’, a simple, delicate tale about the wait to be reunited with a distant lover and the soggy feeling in the brain when every other moment is spent thinking about the next time you can meet. "I will write about the rain and that one day of Glasgow sun/I’ve got 40 years left in this skin/when my plane arrives, watch it roll in". It’s there in the protagonist of ‘Cinnamon Baby’. "She picked her teeth clean with the nails of her left hand/she wasn’t thinking, she wasn’t making any plans/she picked her teeth clean with the nails of her left hand/she paused to look at the clock/then went back at her mouth/she wondered if her neighbours were sleeping or if they had gone out/she paused to look at the clock". And it’s there in ‘American Boom’. "We never gave a shit about whether we were or weren’t hip/we played in a dust-cloud like Pig-Pen in Peanuts/and every letter leaves you bitter/we’re on the cricket pitch with cracked lips in the middle of winter".

Which, depending on your disposition, could either all be seen as thoughtful and lyrical magnifications of life’s lost minutes, or just, well, pretty boring. But fear not, if the steady pace of these themes provoke a stupor, there are other bands that seek to tackle life’s big exciting questions head-on. The Drums for example ("I thought my life would get easier/ instead it's getting harder"). If not, The Wave Pictures could just make you realise that being listless, restless and bored as fuck is actually one of the most striking, piquant, inspiring and heady states-of-mind you can experience. The way they tell it, anyway.

Oh, and I’ve just realised that I’ve written about 1,000 words without making a single reference to the actual music on this fine EP. This is a shame, because the music really is quite something. It’s sort of… I mean it’s quite….well, it’s just sort of… sort of indie, I guess…y’know? Really, really good indie. Pop. Indie-pop. Amazing indie-pop.