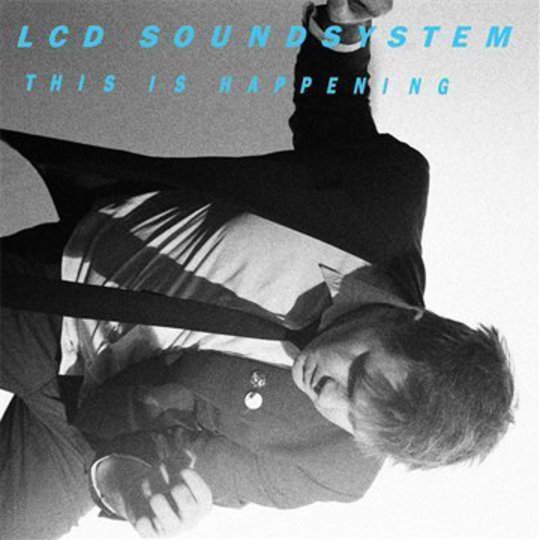 After only listening to the first track of This is Happening, I already had this entire review set out in my mind. I was going to start by talking about how everyone rightly lost their shit for Sound of Silver in 2007, refreshing my memory with gushing pieces of the time (‘It's an absolute joy to listen to, for every possible reason’ or ‘This is dance-rock for grown-ups: extraordinary’) before shaping the same general sentiment into my own hyperbolic sentences. I’d inevitably say something about New York, emphasising the influence and importance of environment in the music that James Murphy makes, pretentiously referencing Will Self’s Psychogeographic trek to said city in which he searches for ‘that urgent commingling of blood and soil’. Then after the grand build up and the not-so subtle implication that any release post-Silver would have to be something pretty special to match or surpass it, I’d hit out with the reveal that, HE’S ONLY GONE AND BLOODY DONE IT!!! Amidst the jubilation I’d take the middle section to say exactly why the songs are so good and the final third would wrap everything up with some waffle about 2010 being the year of artists bettering their best using Laura Marling, Joanna Newsom and The National to hold up my flimsy argument, until a finish containing the obligatory reference to ‘Losing My Edge’ as the statement that will always define the man and the music, and some boo-hoo about this seemingly being the final LCD Soundsystem instalment.

But… but. In the same way that one day of shorts and sunburn does not a summer make, one eager rush through an opening track with the expected levels of jagged ecstasy, hypnotic vibrancy and vocals equal parts weary confusion and arch decree, does not a Sound Of Silver bettering album make. Because even though this is a fine, fine record, a really very good album without an awful track or even the hint of a real mis-step, it never quite matches the ragged rush of Sound Of Silver. It’s not quite accurate to trill ‘well I’d say it’s clear what’s happened, the boy’s just lost his edge, that’s all… arf, arf’, because this album still has the ability to tug at your heart, heel and funny bone in the way that only Murphy can. But as a whole, and in comparison, it feels slightly more polished, a bit more refined, a little too aware of itself and a little too quick to meet with expectation, almost like a comedian telling an audience the same joke twice. It’s inevitable that the laughter will have cooled slightly the second time around (Unless you’re Stewart Lee, who obviously represents The Fall in this overwrought comedy/music mash-up). On ‘New York, I Love You, But You’re Bringing Me Down’, Murphy lamented "you were filthy but fine". On This Is Happening it feels like some of the trailblazing snap and scuzz has been edged out by similar visions that inevitably feel slicker, weighed down as they are with the burden of hindsight, and at times, if you’re not just enjoying the tracks for what they are, it can sometimes feel like there’s a ton of the twist but it’s fresh out of shout.

This is Happening is far from without merit, more a victim of context. ‘Dance Yrself Clean’, for one, is a triumph. With a pitter-patter rhythm and steady electronic huff, Murphy eases things along with some delicate and carefully intonated vocals. This continues for three minutes, slowly building with a fluttering, birdsong melody, a few cow-bell rattles and some lilting ahh-ah-ahhs. But then, from nowhere it hits, a throbbing, plosive electronic thunder crack to rattle your bones and make your brain jolt with abandonment in the enveloping buzz. If you haven’t already heard the track, I almost feel bad telling you about its gear-change, like I’m giving away the key plot twist of a film. Every time it comes on, it’s all I can do to stop myself grabbing strangers from the street, putting them in front of the largest available speaker and smugly watching the rhythm unmercifully attack their limbs.

Then there is the shimmering bubblegum synth-pop of ‘I Can Change’, The swirling funk whirlpool of ‘Pow Pow’ and the deft layering of ‘You Wanted a Hit’, its space cleverly manipulated to create a living, breathing, pulsating cityscape of noise. But ‘Somebody’s Calling Me’ perhaps lays on the ‘Nightclubbing’ reference a bit too thick; ‘One Touch’ is a screeching, skittering, pounding beast of a song, but what a computer would produce if you fed it equations for the archetypal LCD sound; and ‘Drunk Girls’, although awful fun in its own dizzy, gaudy way, still comes off like the slightly try-hard younger brother of ‘North American Scum’. ‘All I Want’ and ‘Home’ are ostensibly the more ‘emotional’ tracks, and musically very cute, so at times exude an effortless glow, but at others feel like conventional sentimentality with vague mutterings about "not forgetting the things that we laughed about" and "the girl who has put up with all your shit", as if they grew from a Post-it note reminding Murphy to stick on a couple of heartfelt zingers. That’s probably a cynical and stupid thing to say but you can’t help comparing them to ‘All My Friends’ and ‘Someone Great’ where they inevitably come up short, with This is Happening lacking a moment to match the unique emotional pull and piquancy of "the coffee isn’t even bitter/because, what’s the difference", "you spent the first five year trying to get with the plan/ and the next five years trying to be with your friends again" or "but you’re still the one pool/ where I’d happily drown". The album finishes and you’re left perfectly satisfied by the very enjoyable record that you knew James Murphy could make, but also a little disappointed that it isn’t the head-spinning classic you hoped he might pull out of the bag.

Speaking recently, Murphy said that ‘there are some people who are just plain great at making music. That’s not who I am. However, I can succeed at making music that works as dumb body music, but that can also meet someone in the middle if they want to investigate our songs in a deeper way. I know the things I can do: I understand music and I trust my taste’. If Sound of Silver was the sound of someone reaching far enough to make something just plain great, then This is Happening is the sound of a man with great taste who really understands music, making dumb body music with hidden depths if anyone cares to investigate. Fellow magpie Jean-Luc Godard once said that it’s not where you take things from, but where you take them to. This is Happening might not take us as far as Sound Of Silver, yet at times it’s still an exhilarating journey with ample opportunity to revel in another idiosyncratic lesson in the art, and joy, of sonic bricolage. That said, if this really is to be the closing statement, maybe the time is right to move on to a fresh aesthetic. This is Happening finds Murphy still trying to work out if he’s the only sane voice in a sea of fuck-ups or just another fuck-up in a sea of fuck-ups, but as he said on ‘Losing My Edge’, "I’ve never been wrong". With a pretty damn good if not outstanding send-off before experiments new, there still isn’t really any reason to doubt him now.