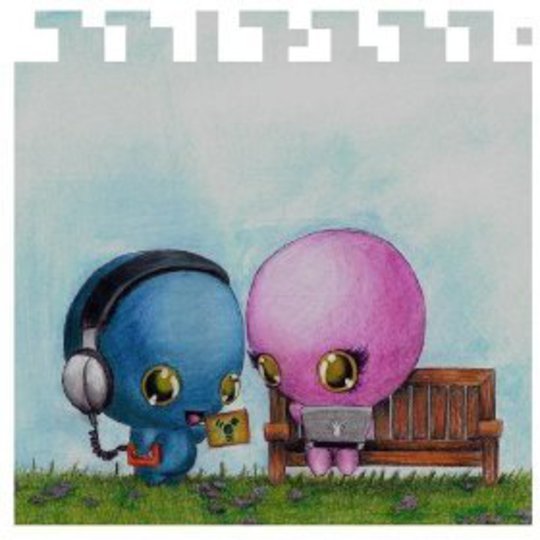 Over the course of the 20 or so minutes of this EP, Simon Haycock, a.k.a. BitBasic, has managed to produce four tracks of completely different styles that somehow fit together seamlessly, referencing everything from electro to breaks, hip hop to IDM. Deceptively long, the journey on which you are taken seems to last forever, and it is not often that is a good thing.

On Haycock's website, Farwah is described as a four-track breaks EP, which, while not inaccurate, does not do justice to the versatility and variety on show. ‘Wong for Solty’, by far and away the most emotive and down-tempo track of the lot, gestures wildly in the direction of Four Tet. Packed full of live instrument samples, understated confusion and a wistful guitar riff that repeats throughout the track, serving as the anchor to the buzzy bass line and loose drums, it verges on slowed down drum’n’bass. In contrast, ‘Drime Time’, displays BitBasic at his most playful. A foot-tapping electro number, it features a bouncy bass line which builds into a driving melody, all layered atop breaky drums. On ‘Stuc’, the track starts out like Animal Collective’s ‘In the Flowers’ before developing into a very Paul White-esque atmospheric and urban soundscape. The track rises and swells, the shoegazey peach fuzz texture nodding to the likes of Nathan Fake, rising irresistibly to bursting point before almost popping with a pleasurable sigh, only to slide back into the dramatic hip hop bass line to start all over again. ‘Fiss Food’ starts out almost dubby, with slightly distorted drums and a haunting Nineties synth progression, before being joined by a deep lip-bitingly grimy bass line. In sync with the rest of the EP, the track develops along several distinct stages, morphing and growing, this time joined by a stuttering electro hook with the next stage being heralded by rising and falling synth scales. Masterfully conducted, different sounds and different styles are brought together in tandem, the addition and removal of single elements dramatically changing the track and evolving smoothly.

Indeed it is this sense of evolution, track-to-track and mid-song that truly grabs you. The vast array of influences that can be heard coursing throughout the EP are distinct, but purely referential. In nodding to the likes of Nathan Fake, Four Tet and Paul White among others, Haycock is not playing the part of musical magpie but is rather bringing together equally excellent and equally diverse genres and wedding them into a sound distinctly his own. It is a work of homage rather than larceny, justified by the fact that the references are fleeting and never for one moment replace his unique style. These four tracks are a journey, and satisfy the need of contemporary electronic music to cross pollinate and grow, to evolve or die.