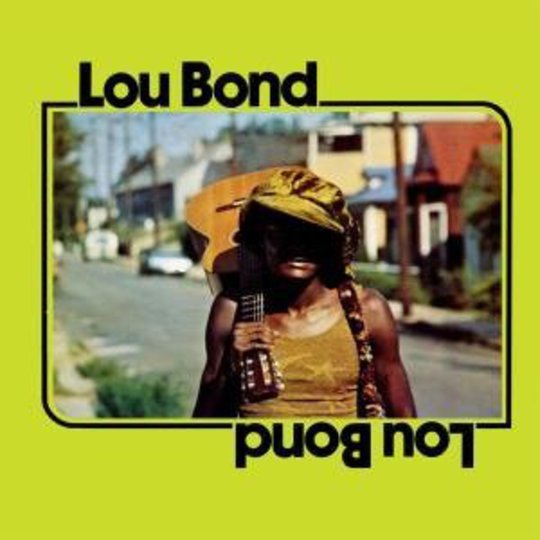 Initially released on little-know Stax imprint We Produce, Lou Bond's eponymous album failed to garner critical or commercial acclaim on its 1974 release. Now reissued for the first time, Light in the Attic has given Lou Bond a long-awaited shot at redemption. The trouble is that at times it strays dangerously close to parody of Stax-era soul, with six-minute tribute to banality ‘That’s The Way I’ve Always Heard It Should Be’ being the main offender. Here, Bond croons his way through descriptions of family life to wrangles with commitment over a vanilla soundtrack, possibly reiterating why this record was consigned to relative obscurity.

In fact at times there seems to be more in common emotionally with the serenity of Nick Drake’s Bryter Layter than the intense soul of Bond's near-label mates. ‘Let Me Into Your Life’ is a serene trip, all strings and strums as Bond weaves effortlessly creating a sense of ease, yet it's an environment almost devoid of passion.

Even considering the time-period Lou Bond was written in, there is little hope of excusing some of the lyrics when you consider Let's Get It On was released in 1973. Whilst such comparisons are unfavourable to the best of musicians, it does highlight the lyrical weakness of a record that has its effects on even Bond's enduring contribution to popular culture, ‘To the Establishment’.

Nestled between the mundanity of ‘Why Must Our Eyes Always Be Turned Backwards’ and the humdrum of ‘Let Me Into Your Life’, the 11-minute ‘To the Establishment’ is best known for its use by Outkast and the Prodigy.

There is something undoubtedly epic, in the truest sense of the word about ‘To the Establishment’, from the leisurely opening to the climax, 11 minutes later, fading from the bluster leaving eerie strings, with Bond’s vocal creating a harsh, unforgiving sound. There is bombast, a sense of ambition missing elsewhere, creating the most sincere, affecting moment on the record.

Lou Bond is a record that binds the sacred to the profane, and for everything sacred -‘To the Establishment’, ‘I’m So in Love With You' - there is something achingly profane: ‘Let Me Into Your Life’, ‘Why Must Our Eyes Always Be Turned Backwards’. Presumably the reason that this record is a forgotten ‘classic’ is that its inconsistencies blight it so much as to mar the glories.

The soaring-soul of label mates Isaac Hayes, The Dramatics, even The Emotions, is a million miles away. While his peers saw fit to fill their records with bombast and bravado, Bond is mired in the realms of reality.