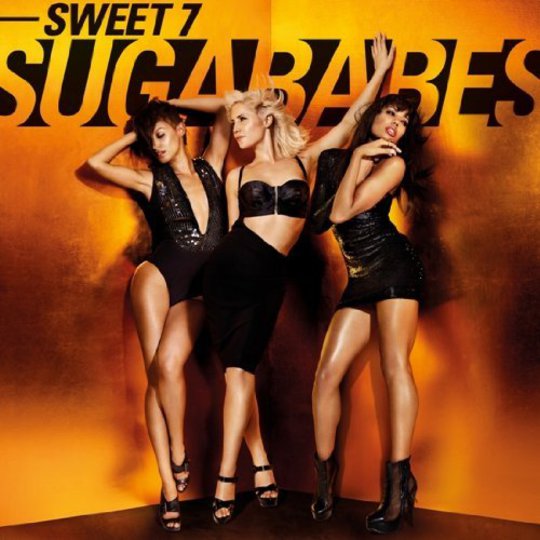 Most of the discussion around Sweet 7 will likely centre on the new, fourth line up of most indie fans’ ‘accepted’ pop act. Because after a decade, Sugababes no longer feature an original member.

Well, so what? Sure, it’s more obvious than ever that the initial days of three girls making music for the fun of it has long been replaced by a marketable brand, but it’s not like the music industry doesn’t have an illustrious history of band members changing direction and swapping partners at the rate of a Chelsea defender. The Fall, The Damned, Fleetwood Mac, AC/DC, Primal Scream, Hawkwind, Oasis… all acts or bands who have made huge personnel changes and therefore developed sounds they might otherwise have not pursued.

Nope: whether or not this replacement process is acceptable or not is rendered totally pointless upon hearing the album; the discussion should solely focus on how this record is quite so terrible, when so much time, planning and money has been thrown at it.

In some senses, the whole farce can be summed up by the lead single 'Get Sexy'. It’s got some elements that sound like the band of old who knew how to wield their arsenal effectively – the dirty synths before the chorus and the playful delivery of the coda – but by and large it’s horrid. Sugababes were once ‘sexy’ by not trying to be. Here, it feels like you’re being set on by three gyrating cockney lap dancers with loud hailers screaming in one, indistinguishable monotonic drawl 'WE’RE FUCKING SEXY Y’KNOW!' Worse than that, any vague notion of flirtation is decimated by an illogical nod to THAT Right Said Fred song. It’s as if someone tried to recreate ‘Freak Like Me’, but was deaf. And found those singing fish funny. And with a record collection solely made up of a ‘Best of Comic Relief charity singles’ tape. And a random lyric generator which removed any ownability or intellect from the proceedings. The days of ‘Push the Button’, with it’s dirty undertones, have here been replaced by outright desperation.

‘Wear my Kiss’ is gratuitous posturing taken to its tired limit, mixed with an added dose of unlikeable aggression – “I'm just a pretty little thing / Get up, make you wanna sing /Make you wanna buy a ring / I'm not tryin’ a settle down/ Just wanna play around…” – but is still worryingly one of the better tracks here, whereas the other single to date, ‘About a Girl’, feels like a Girls Aloud album track, but one where any playful lyric has been replaced by inanely matter-of-fact manifestos such as “I’ll take over the world and I’m gonna party like a wo-oh-a-ohhhhh”.

What makes all this poor decision making (whether that’s down to the three members or the management) and songwriting laziness even more staggering is the expense and effort that’s gone into the damned thing. Now signed to Jay-Z’s label Roc Nation, Sweet 7 employs some heavyweight industry talent such as RedOne, Stargate, Fernando Garibay, Sean Kingston and Toby Gad. Yet the results are well below par and merely sound like tracks the major players threw on the cutting room floor (I’m looking in particular at the faux-emotional piano R&B ballad of ‘No More You’ and ‘Give It To Me Now’, which wouldn’t even threaten Pixie Lott’s recent efforts).

In fact, this record has got every cliché going for it. An attempt to rock out and sound electroclash on ‘She’s A Mess’ with a horrid refrain of "Everybody go mad / Everybody go psycho" seemingly being delivered by an EastEnders market trader; a cynical attempt to recreate ‘Ugly’ on ‘Sweet & Amazing (Make It the Best)’; the industry standard recurring themes of how hot they all are, ‘getting lost in the music’, how unnecessary and ill-equipped their last sexual partner was in hindsight and needing money to date one of this trio are exhausted to their tedious conclusion; and unforgivingly, the mix is so heavy-handed that each of the three lead vocalists sound totally indistinguishable from one another at a time when the band members each need an identity more than ever.

Still, ‘Wait For You’ is quite good in an ‘it’ll be the fifth single in five months time and eventually you’ll grow to quite like it’ kinda way - so that’s nice…

But all in all, it’s a shambles. Incarnation No 4 lacks the interesting feminine insight of Rihanna’s latest, the flamboyance and ‘balls’ of Lady Gaga, the nous of Annie, anything approaching the vocal talents of Beyoncé or the nonsensical slapstick fun of Girls Aloud. But most damningly of all, they also lack any of the subtlety, charm and wit of the Sugababes.