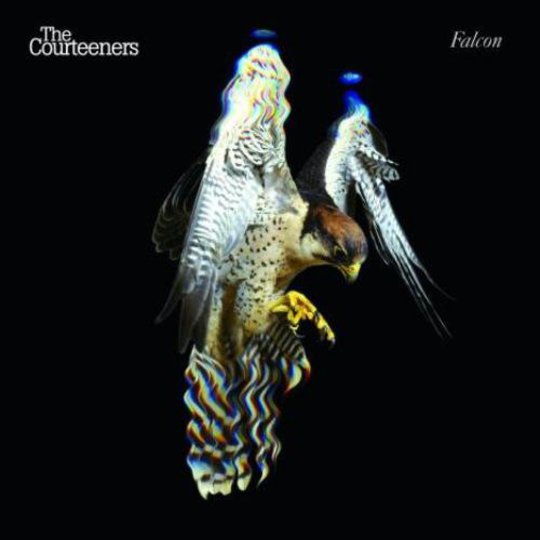 Tacitly hailed as lad rock saviours when they initially arrived on the scene in 2007, The Courteeners quickly revealed that they were little more than one-trick ponies with the release of their debut LP St Jude. A collection of one-dimensional indie rockers topped with gobby, occasionally downright nasty lyrics, the band seemed such a caricature of what you might expect from a bunch of Mancunian lads, they could’ve been guest stars in Shameless and nobody would’ve batted an eyelid. The fact that the singer was called Liam, and his band received the dubious patronage of Morrissey only added to the suspicion that The Courteeners were, in fact, a joke being played on us by the city of Manchester.

So, why should anyone be interested in their second effort? Well, for a start, the first one was a big success, despite a critical mauling, suggesting that fans can always be found for a rousing rock chorus, no matter how clichéd. Secondly, the band’s main creative spark Liam Fray had suggested that the second record would expand the band’s sound into different directions, and prove that there was more to The Courteeners than a cocky strut.

Does Falcon reveal that the band were in fact a Radiohead in Oasis clothing all along? Unsurprisingly, no. It does show that there’s at least a little depth to the band however – an element that, ironically, their fanbase might not be that impressed by. Falcon is a slower, much more introspective prospect than its predecessor, with Fray’s lyrics softened by time spent on the road. The album’s first track, ‘The Opener’, might not win any prizes for original titles, but it is a terrific song, building into something epic without being overblown, and featuring some genuinely affecting couplets about missing home.

It’s a shame then that much of what follows is built from similar materials, without the same success. Nothing on Falcon is terrible, by any means, but a lot of it is a bit dull. ‘Take Over The World’ starts promisingly but descends into bluster, ‘Last Of The Ladies’ outstays its welcome, while the electronic touches added to ‘Will It Be This Way Forever’ and lead single ‘You Overdid It Doll’ would sound like a promising development if they weren’t lifted directly from Franz Ferdinand’s debut.

The problem isn’t in the songs themselves – there are plenty of choruses to sing along to, and some interesting lyrical snippets – it’s just that Fray has made such an effort to prove that he’s more than a swaggering Gallagher-ite that he smothers the record and doesn’t allow it to breathe. The other three Courteeners provide nothing more than backing for the entirety of the record, and could be any random rhythm section plucked from practice rooms nationwide. The only personality we meet is Fray’s, and it’s tiring to spend the whole 45 minutes in his company. Matched with the rather pedestrian pace at which much of Falcon plods along, you have to doubt that this attempt to prove themselves more mature will get The Courteeners the respect they think they deserve.