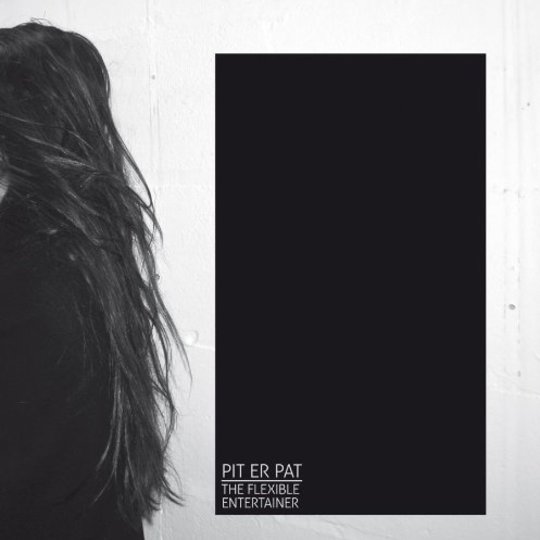 As Thrill Jockey, that mid west institute of indie rock’s avant-garde, continues to diversify its roster from the post-rock that made its name back in the Nineties, it’s hard to believe that the much maligned genre most often associated with the label was often perceived as impenetrable music designed by lab coated experimentalists. At the heart of much of Thrill Jockey’s output was a pleasing sense of perversity, of reaching for new forms of ‘rock’ music sans the pomposity of prog. This ideology lives on in Pit Er Pat, whose new album The Flexible Entertainer is one of the oddest long players to have graced my stereo for a while.

Butchy Fuego and Fay Davis-Jeffers have christened their second effort entirely appropriately. The Flexible Entertainer marks a shift in their usual compositional techniques, in that it was conceived as a body of music to be played live. There’s a relentless energy to the music, a beguiling mix of song styles that, on paper, shouldn’t work…but does.

Wrong footing the listener from the outset with an intro track that meshes digitally refracted beats, found sound and washed out synth drones, The Flexible Entertainer then segues into the bizarre Baltimore-booty/body rock of 'Water', like Telepathe produced by Pharrel. The album doesn’t necessarily play out in a similar fashion but makes judicious use of the same instrumentation wherein Davis-Jeffers’ nonchalant vocal inflections grace MPC derived 808 rhythms, occasional snatches of delay soaked melodica and serpentine guitar signatures. It’s deliriously jarring. The guitars’ modal melodies wouldn’t sound out of place on the last Sir Richard Bishop album but, couched in this digital context, the music sometimes comes across like The Matrix trying to write for Kid Sister. Indeed, such is Pit Er Pat’s belligerent way with forcing a tune that resistance is futile.

The intelligence with which these elements are juxtaposed and the infectious nature of the music render the album as good a listen on your headphones as the sweaty live environment it was created for. Adventurous and accessible, The Flexible Entertainer covers both bases with aplomb.