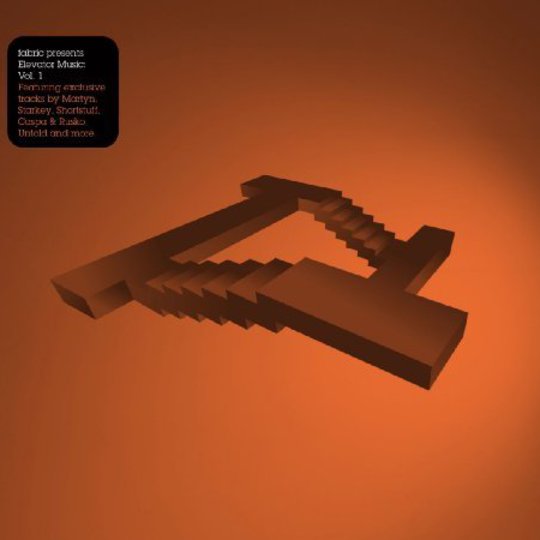 UK-bred dance variants tend to be magpies, marked by a cheeky tendency to beg, borrow and steal where necessary: witness hardcore’s breakbeat-driven rewiring of imported house and techno sounds, the clipped rasta soundbites of jungle or dubstep’s procurement of dub reggae’s expansive headspace. Indeed, what’s proving to be the most interesting facet of the current explosion in as-yet-undefined bass music – future garage? funkstep? flexstep? – is its typically promiscuous nature. The likes of Untold, Brackles, Shortstuff and Roska craft tracks that shamelessly incorporate elements of every major dance trend of the last 20 years. The result has been a surprisingly swift reconfiguring of dubstep’s DNA, unifying each disparate strand into a willfully awkward hybrid - and one that stubbornly resists categorisation.

The people at Fabric tend to be on the ball when it comes to these things. Attempting to keep up with developments in a scene where the majority of tracks only see vinyl release is an expensive business, and Fabric's Elevator Music Volume 1 compilation can take credit for acting as both a welcome primer for newcomers and an impressive collection of unreleased material for devotees.

If any one producer can take more credit than any other for the injection of a welcome sense of fun into dubstep’s darker regions, it’s Untold. His contribution here, ‘Bad Girls’, picks up where his recent ‘Flexible’ 12-inch left off, paring away the softer elements of the Gonna Work Out Fine EP until all that’s left are sheer edges: grimy bursts of bass and a melody played out on a misfiring glockenspiel. He’s also the closest the scene’s come to nurturing a true individual - after wrapping dancefloors in ‘Anaconda’s serpentine coils, he’s fast honed a signature sound that lands somewhere in the sparse hinterlands where classic house meets early Wiley.

Indeed, despite typically being mentioned in the same breath as dubstep, the common traits shared by many of the tracks on Elevator Music owe at least as much to grime. If forward-thinking releases in the past year from the likes of Joker, Tempa T and Terror Danjah have gone some way towards showing that there’s life left in that genre beyond dodgy electro collaborations, Shortstuff’s clipped eight-bar stylings and the blitzkrieg bass of Doc Daneeka’s ‘Drums In The Deep’ suggest it’s still a region ripe for plundering.

But if typically urban influences ground Elevator Music’s better-established names, the ghosts of house and techno prove to be the glue that binds together the lesser-knowns, from Hot City’s bassline-style sliced vocals to Julio Bashmore’s spacey Europhilia. It proves a potent brew - on ‘Pistol In Your Pocket’ Hackman takes London’s emergent funky sound and runs amok, lashing layer upon layer of tropical colour like a four-dimensional Jackson Pollack, and Xxxy’s noirish ‘Sing With Us’ is animated in Sin City greyscale, complete with sudden splashes of cell-shaded red.

But best of all is Mosca’s tack-sharp contribution, which ought to immediately elevate him toward the kind of wider attention currently being enjoyed by Joy Orbison. ‘Gold Bricks, I See You’ is far better than anything Orbison’s yet put his name to, a masterclass in melancholy euphoria that builds in three successively greater stages - shapeshifting from warm house pulse to supple, spacious garage, before a burst of brass and vocals evacuates the space where your brain was comfortably resting. So it goes.

Elevator Music’s real success is that it vindicates the notion that the music emerging from this axis is more than just dancefloor fodder. Innovation is driven by group interactions and friendly one-upmanship, rather than by any one producer. Anyone’s only as good as their last release - a forceful creative motivation, and one which makes each track on here as rewarding in this context as in a longer mix. It’s probably a bit early to be throwing around ‘compilation of the year’ accolades in January, but Elevator Music Volume 1 has thrown down one hell of a gauntlet. It’ll take some beating.